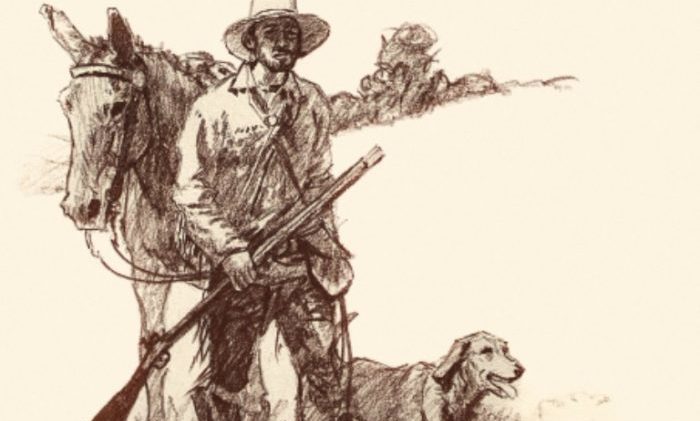 Sturgill Simpson’s Grammy-nominated concept album “The Ballad of Dood and Juanita” was released on vinyl on Friday, February 25, 2022, and it is quite incredible. Digital Journal has the scoop.

“The Ballad of Dood and Juanita” is Grammy-nominated for Best Country Album and is one of Simpson’s two current “Best Album” Grammy nominations.

The other is Cuttin Grass – Vol 1 (Butcher Shoppe Sessions) which is nominated for Best Bluegrass Album. They are two of his three most recent albums that were all released in a 10-month span; the third being Cuttin’ Grass – Vol 2 (The Cowboy Arms Sessions).

“The Ballad of Dood and Juanita” opens with “Prologue,” which instantly captivates listeners, and it immediately breaks into the haunting, harmonica-driven “Ol’ Dood, Pt. 1” and the moving ballad “One in the Saddle, One on the Ground.”

Equally noteworthy is the uptempo, bluegrass-flared “Shamrock” and he allows his rich, resonant voice to shine on the stirring “Played Out.” Country Music Hall of Famer Willie Nelsen joins forces with Simpson on “Juanita,” where he lends his harking, timeless vocals.

After the upbeat “Go in Peace,” it closes with “Epilogue” and “Ol’ Dood, Pt. 2,” which is sheer bliss. This collection has a Dan Tyminski and Johnny Cash vintage vibe to it, and that ought to be taken as a compliment.

“The Ballad of Dood & Juanita” is available on digital service providers by clicking here. It deserves to win the Grammy Award at this year’s upcoming ceremony. Every song on this musical effort has its own identity. It is a must for all fans of Sturgill Simpson, and it garners an A rating. Grab a bottle of wine and allow Sturgill Simpson to lure you in.

In other Sturgill Simpson news, he recently joined the cast of Gareth Edwards’ True Love for New Regency and he will next be seen in Martin Scorsese’s Killers of the Flower Moon.

To learn more about singer-songwriter Sturgill Simpson and his new music, check out his official website.

In this article:Album, Country, singer-songwriter, sturgill simpson, The Ballad of Dood and Juanita, Vinyl