Is this what the play is really about? Without giving too much of the plot away, the play finishes with an indication that perhaps it wasn’t what it seemed. The end, and thus the overall narrative, is certainly open to different interpretations.

Alistair McDowall’s new play is well written, superbly performed and directed in a superlative way, building layer upon layer of tension as time passes (although whether this is time in a forward or backward direction is sometimes uncertain.) 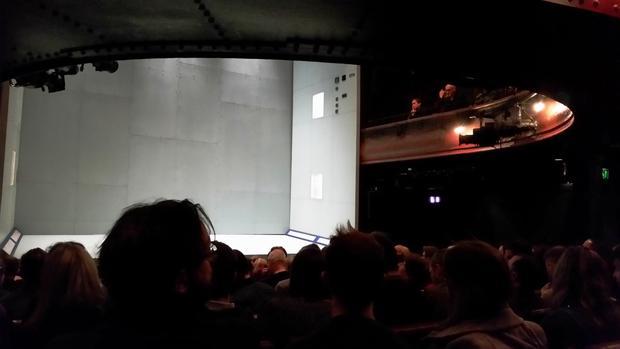 Waiting for the play ‘X’ to begin.
Tim Sandle

The central premise of the play, at least at the first look, is set out on the posters around the theatre:

Billions of miles from home, the lone research base on Pluto has lost contact with Earth. Unable to leave or send for help, the skeleton crew sit waiting.

Waiting long enough for time to start eating away at them.
To lose all sense of it.
To start seeing things in the dark outside. 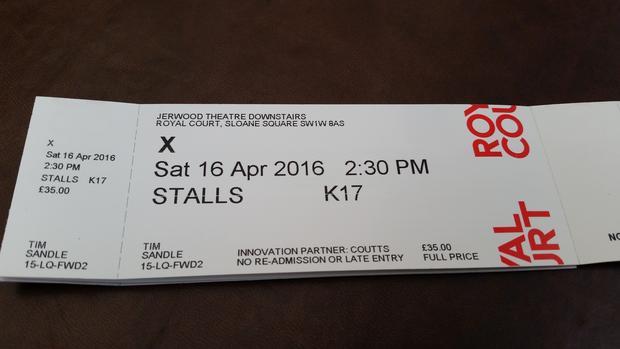 The play takes place on one set, a research base on Pluto. The time is a point in a dystopian future after some kind of war or ecological disaster has taken place. Certainly there are no trees left and no birds to sing in them.

The play opens with tensions between the crew; conversations begin in the everyday and mundane, until the tension rises and paranoia sets in. Three weeks have passed since any contact with Earth. With no messages answered, relations are becoming fraught. Central to the drama is a character called Gilda (played exceptionally well by Jessica Raine.) Raine has featured in the hit BBC drama Call the Midwife.

The drama accelerates when the base commander Ray (Darrell D’Silva) thinks he sees a chilling girl with an ‘X’ where her mouth should be. This begins to unnerve Gilda, and the other crew members: Mattie (Ria Zmitrowicz); Cole (Rudi Dharmalingam) and Clark (James Harkness).

Then the clocks start to behave oddly and time begins to slip backwards and accelerate forwards. Soon all sense of time at all dissolves. Sometimes some of the crew are dead; a scene later, they are alive again.

Then the play starts to get really strange. To say more would give too much away.

As to what the meaning of ‘X’ is, this is something left to each audience member to interpret. Perhaps it is time. Perhaps is love. Perhaps it means nothing at all.

‘X’ is dramatic and often scary, a mesmerizing two hours. If you prefer drama a little leftfield and edgy, this is a play well worth catching in London. 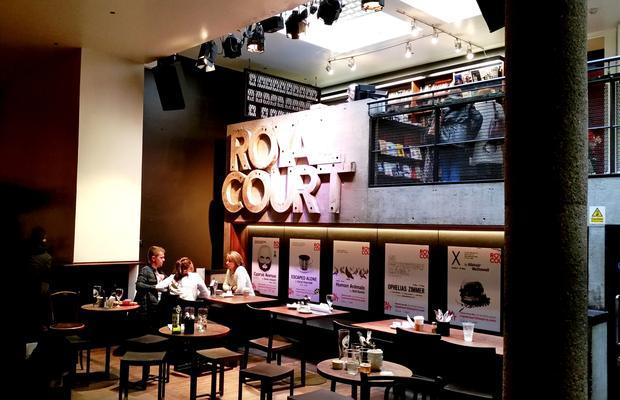