Corinthos was able to pay his respects to Taggert in a sincere fashion, and Benard did that scene justice, and he preserved his dignity. “If I had a glass, I would raise it to Taggert,” he said. He acknowledged that it is not surprising that they didn’t like each other, and they had their battles, but in the end, Corinthos always respected him. “He was a brave man,” he said. “He was loyal to the people he loved and he was committed to the code of honor.”

Jordan Ashford (Briana Nicole Henry) also praised Taggert for doing everything he could to keep the town of Port Charles safe. “Port Charles was his home,” she said, prior to raising her glass in honor of Taggert, who was shot in an effort to protect his daughter Trina (Sydney Mikayla). 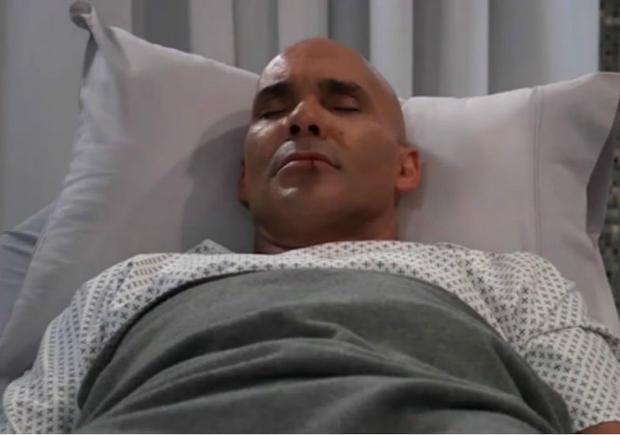 As Digital Journal reported, Réal Andrews thanked the fans of the show for all of their support, and he extended his gratitude to the producers, crew and his co-stars (Maurice Benard, Steve Burton, Briana Nicole Henry, Sydney Makayla, Rebecca Herbst, Donnell Turner, Roger Howarth, Genie Francis, and Max Gail), all of which Taggert shared moving scenes with.

On April 18 and 19, Andrews will be a part of the “General Hospital Fantasy” events in Andover, Massachusetts, and Melville, New York, and he is excited to meet the General Hospital fans in person. To learn more about these upcoming fan events, check out the official Fantasy Events Inc. website.