They shared the stage with such bands as Lit, Everclear and Sugar Ray.

Lead singer Vinnie Dombroski began their set with “Wax Ecstatic (To Sell Angelina),” as he was holding a red solo cup, and sporting a black leather jacket and black sunglasses. “Are there any Sponge fans in the house?” he asked, and it was met with a raucous applause, as he twisted the microphone chord with excitement. “Tonight is a good night of music,” he added.

They immediately broke into their signature song “Molly,” where Dombroski was jumping around and the crowd was singing “16 Candles down the drain” back to them. The stage was graced in fuchsia lights, and they praised their fans for being a “great audience.”

Dombroski went on to sing the upbeat and rocking “Jump While The House Is On Fire,” a new song from their eighth studio album, which dealt with him growing up in Detroit.

He then gave the audience a choice of four songs, where they had to select two tunes for the final ones in their set. Dombroski sang another new song “The Whores Are Closing In,” which fared well with the lively crowd. He took off his leather jacket in its entirety and closed their set with the up-tempo “Plowed.” “Thank you so much,” he concluded, and went on to introduce the remaining members of the band.

Overall, Sponge was able to rock out The Paramount, and they warmed up the stage for Lit, Everclear and Sugar Ray. Dombroski was in top shape physically and vocally. They are worth seeing live whenever they are in town. They commanded the stage well. Sponge’s set at The Paramount garnered an A rating.

For more information on Sponge and their music, check out their official website.

In this article:Band, Paramount, Rock, sponge 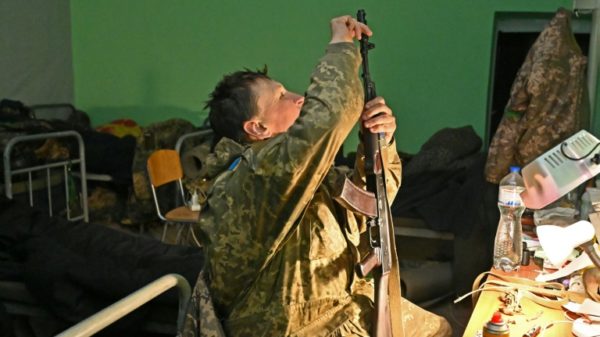 The US Congress on Thursday approved a gargantuan $40 billion aid package for Ukraine to help fight Russia's invasion.