Their song “Thankful” is the title track of their latest EP, and the monochromatic music video depicts all five band members (Danny, Donnie, Joey, Jordan and Jonathan) in their daily lives, which includes their musical and family endeavors. It shows them in their dressing rooms, working out, having fun, acting goofy and laughing, meeting and greeting fans, and being true family men. It is an ode to gratitude for their family and fans.

The iconic pop group, New Kids on the Block, is touring the country as part of their “Total Package Tour,” with global music star Paula Abdul and R&B trio Boyz II Men. On July 7, they will be performing at Nassau Coliseum in Uniondale on Long Island for their New York fan-base.

Overall, the New Kids on the Block prove they are like fine wine, where they only get better with age and experience. Their new music video for “Thankful” is no exception, and it is the ultimate homage to their fans that have stuck with them through thick and thin. All five band members soar on harmonies. This new song and its nostalgic music video garners an A rating.

Their “Thankful” EP is available on iTunes. 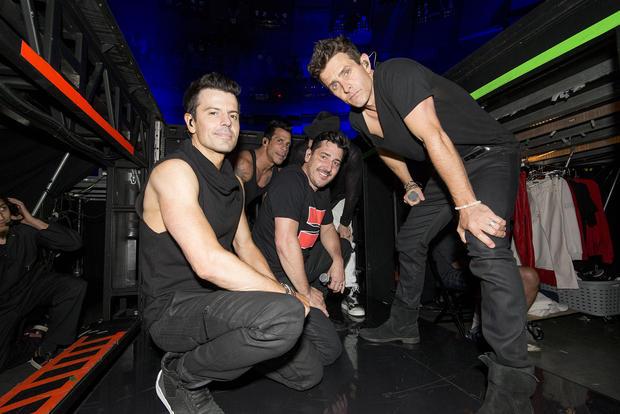 Vocal group New Kids on The Block
Marcello Ambriz
In this article:new kids on the block, Pop, thankful, Video