The new performance, the production Horror, at The Peacock Theatre in central London is difficult to define, outside its ambition of paying homage to a number of classic horror movies. 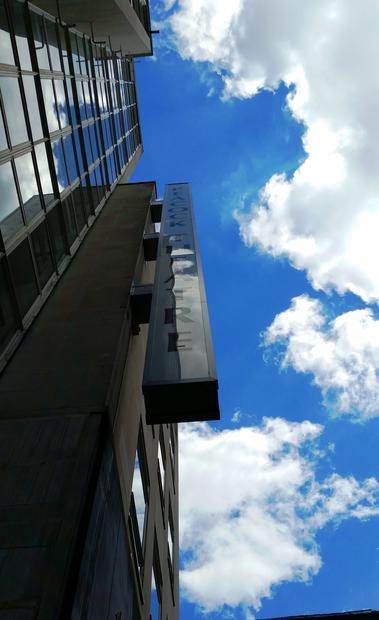 The production is a well-constructed and wonderfully performed hybrid of contemporary dance, mime, special effects and copious amounts of horror and gore. The production appeals to those who appreciate the balletic movements of the best dance and mime as equally much as those are connoisseurs of horror movies.

The Horror production comes from the Dutch artist Jakop Ahlbom and the experience is an uninterrupted 80 minutes. There are moving hands, levitating bodies, zombies, and spurting blood. Add to this clocks climbing up the wall, a television switching on unbidden, and children’s cries echoing throughout the house. Each element expressed by sublime movements, occasional frightening contortions, and eerie music. There’s no dialogue and almost no talking, aside from the odd scream or three. 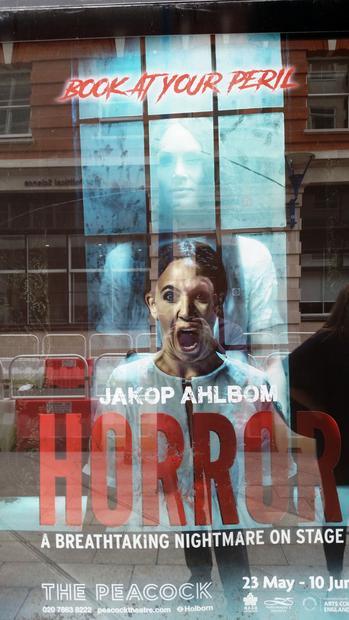 A young woman returns to the place of her bleak childhood – the poster for the production of Horror.
Tim Sandle
Advertisement. Scroll to continue reading. 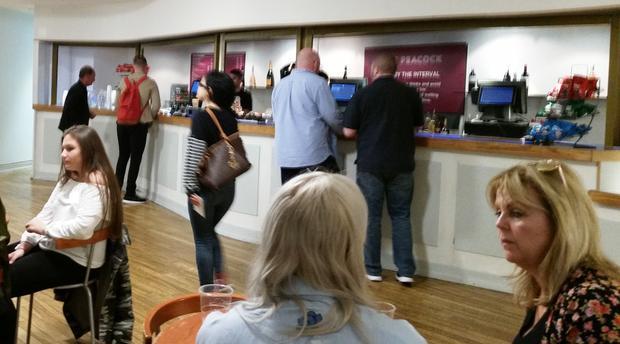 The bar area of The Peacock Theatre, prior to the performance of Horror.
Tim Sandle

The plot-line of Horror:

A deserted mansion. A young woman returns to the place of her bleak childhood. No longer able to suppress memories of her cruel parents and strange sister, she is forced to confront the past and some terrible truths.

Some of the effects are amazing: a tiny woman is swallowed by a sofa; a man’s entrails are ripped out through his mouth; a floating ghost sheet is pulled away to reveal…nothing. As to how scary it all is will depend on how easily spooked you are. Even if you don’t dig your finger nails into you the arm of your seat, you’ll know doubt find the production creepy and atmospheric.

One of the joys of the production is playing spot the horror movie, for on display are parts that reference such classics of the genre as The Shining, The Exorcist, The Ring and Poltergeist, plus many more, including a terrifying reference (for this reviewer at least) of Rosemary’s Baby. Perhaps there’s nothing that’s individually originally, but that’s partly the point: it’s guess the source. 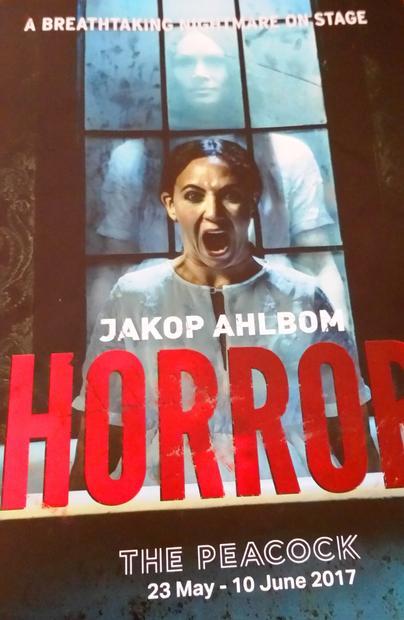 Theater program from the production of Horror.
Tim Sandle

The cast come together to make a superb ensemble piece. They are a diverse group: actors, dancers, mime artists and circus performers. The stand-out are excellent, particularly Gwen Langenberg who plays a terrifying ghostly sister. Langenberg creaks, ticks and whirrs around the stage, especially when giving a gruesome turn as Sadako from The Ring.

The performance is riveting and after the horror has subsided you’ll marvel at the technical ingenuity that went into making the complete performance work. A strange, but magical evening: Horror rates 5 out of 5.

After the production of Horror the cast are happy to pose for photographs.
Tim Sandle
Advertisement. Scroll to continue reading.
In this article:Dance, Horror, Jakop Ahlbom, Mime, Theater, theatre