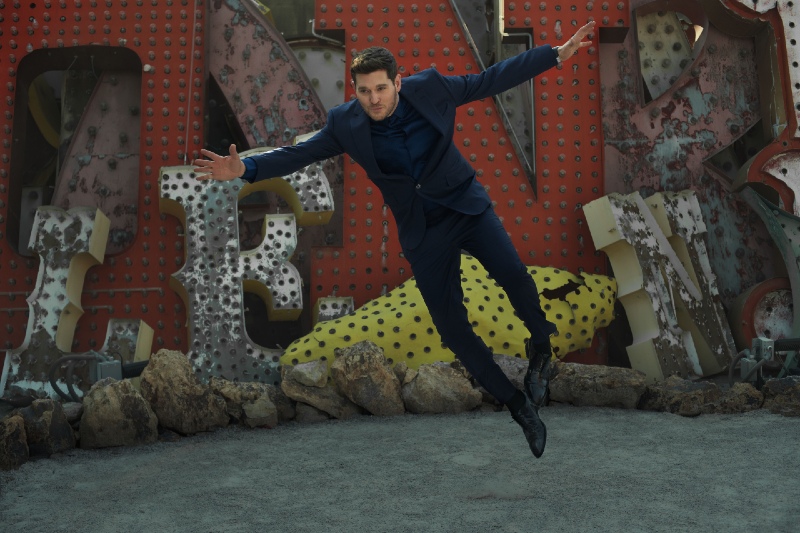 This record is comprised of three tunes that were co-penned by Bublé and several timeless classics. It was produced by Greg Wells and Bob Rock along with Alan Chang, Jason “Spicy G” Goldman, and Sir Paul McCartney.

“Higher” is the crooner’s first studio album in three years and it follows his very successful sold-out two-year world tour “An Evening With Michael Bublé.”

It opens with his infectious lead single “I’ll Never Not Love You,” which instantly lures his fans and listeners in this magnificent collection. It is followed by the stirring love ballad “My Valentine,” which was written and produced by Sir Paul McCartney himself, and the resonant “A Nightingale Sang in Berkeley Square.”

Equally enthralling is his soaring version of “Make You Feel My Love.” It immediately breaks into the nonchalant “Baby, I’ll Wait” and the title track “Higher,” which is sheer bliss.

He delivers an invigorating take on Sam Cooke’s “Bring It On Home to Me” and he tips his hat to Duke Ellington with “Don’t Get Around Much Anymore,” and does the jazz standard justice. Another highlight tune is “Mother,” where he showcases his crisp, velvet vocals.

After “Don’t Take Your Love From Me,” the album closes with an exquisite rendition of Barry White’s “You’re My First, My Last, My Everything” and on a powerhouse note with the expressive “Smile,” where he is joined by a gospel choir and leaves his audience wanting to hear more.

“Higher” is available on digital service providers by clicking here.

Overall, Michael Bublé charms on his latest studio offering “Higher.” It is perhaps one of the most captivating albums of his career, and it should have Grammy written all over it.

Every song on this record is eclectic, and it has its own beating heart. It stands out lyrically, sonically, and vocally, especially since Bublé’s voice is smooth as silk. He is able to move his listening audience on an emotional level, and he emerges as a true song stylist. It is evident that the contemporary pop throne still belongs to Michael Bublé. “Higher” earns five out of five stars. Bravo.