As Benard took the Governor’s stage, he was greeted with a standing ovation. “What a great crowd. Goodness gracious,” he exclaimed. “I love you the ‘mostest.’ I am happy to be here,” he told the audience.

“How are you doing?” he asked, and the venue went nuts. He poked fun at his co-star Steve Burton (Jason Morgan), who would always make fun of him and the way Sonny walks in his own fan events with Bradford Anderson (Spinelli), so now it was time for Benard to get even.

He shared his experiences on the hit ABC daytime drama, General Hospital, and he also opened up about how he got the lead role as Sonny, and other topics included his love for his family, mental health awareness and living with bipolar disorder. He has been on the show for 26 years now, and he praises it for never getting boring.

For Benard, in the beginning, memorizing his lines was extremely difficult, but the more he did it, the easier it became.

He shared his excitement about his new book, Nothing General About It: How Love (and Lithium) Saved Me On and Off General Hospital, that will be coming out in the spring of 2020. He noted that his fans will “dig it” and hinted that one of the most compelling chapters is the one where he met his wife, Paula. His book is a memoir about love, hope, and adversity, all of which molded him into who he is today.

When asked by this journalist how it felt to pay tribute to his late makeup artist Donna Messina by having the baby named “Donna” in her honor, the Emmy award winner got choked up. “Donna was like a sister to me,” he said, tearfully. “She always gave me a lot of strength when I was there. Donna was a great woman, and she was just amazing. When they named the baby, Donna, and I had to do that scene, I got so emotional because I loved her so much.” 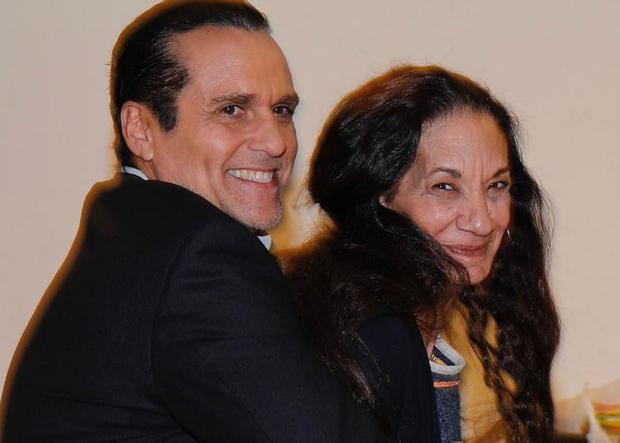 Recently, Benard joined the world of Cameo, where celebrities give their fans shoutouts for special occasions, which he “digs,” since it makes “people happy.”

Benard concluded by expressing his gratitude to the fans, and he complimented the Long Island crowd for being “incredible” and shared that he will be coming back again.

His book is available for pre-order on Amazon.

Overall, Maurice Benard was sensational at Governor’s Comedy Club in Levittown, New York. He is worth seeing whenever he comes to town. His show is raw, authentic, witty and honest. He is not afraid to showcase his vulnerability as an actor and as an individual. Bernard’s event at Governor’s in Levittown garnered an A rating.

To learn more about the upcoming fan events, check out the Coastal Entertainment website.