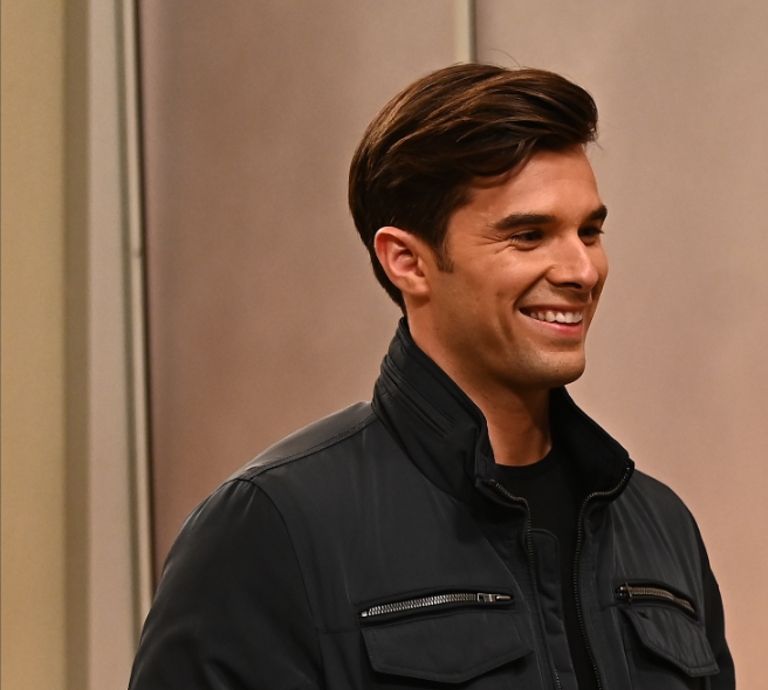 Benard chatted with Swickard about his experiences with panic attacks and anxiety, and he offered some tips that he has learned along the way that have helped him in those moments. Swickard told him some neat facts about his inspirational grandfather, who lives in Chicago. In the meantime, fans and viewers can check out Swickard’s interview with his grandfather on his Instagram page.

Swickard subsequently shared his excitement about his film “A California Christmas,” which was written by his wife Lauren Swickard and directed by Shaun Paul Piccinino, reaching No. 1 on Netflix, which was a thrill for all involved. Benard concluded their chat by asking him what Lauren and his daughter mean to him, and his heartwarming response was “everything.”

Their entire informed conversation, which Benard described as “cool,” may be seen below. It was a great way for daytime fans and viewers to get to know Josh Swickard on a more personal and intimate level, and kudos to Benard for asking insightful and respectful questions to him, which are bound to have a positive impact on many people’s lives that are watching.