Adam Kenway is the long lost twin of Pete Garrett, who is very twisted with a diabolical agenda. Contrary to what Pete was told in earlier episodes this season, it turns out that Adam is very much alive after all. He is already wreaking havoc and unleashing his fury on the citizens of Bay City.

Andrews delivers a stellar and transformative performance as the manipulative Adam Kenway, and he delves deep into the character’s conscience while simultaneously creating a creature. 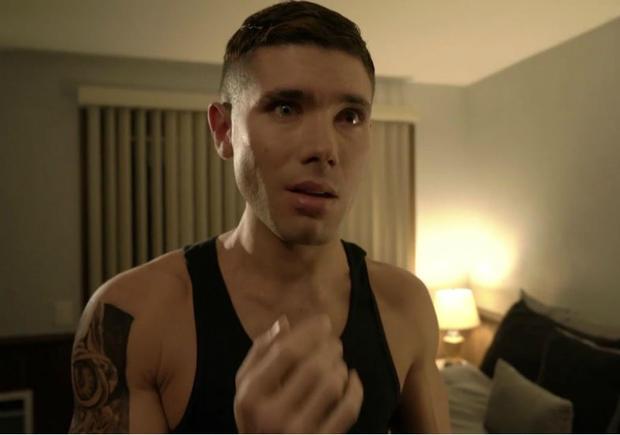 Kristos Andrews as Adam Kenway in ‘The Bay’
LANY Entertainment

He builds the character from within, showcases his British accent, and he controls him perfectly the entire time in a chilly, bold, and relentless fashion. Adam Kenway leaves viewers at the edge of their seats yearning for more. He is so badass but Andrews is able to humanize him at the same time. The audience will be drenched in a wide spectrum of conflicting emotions.

His portrayal of Adam is equal in excellence to the greatest acting performance of such actors as Aaron Eckhart (The Dark Knight) and Javier Bardem (No Country for Old Men). Adam Kenway adds an additional adrenaline rush and a shock factor to Bay City, especially since his presence will profoundly impact many lives in the town instantaneously.

Kudos to showrunner Gregori J. Martin for writing such meaty scenes for Andrews as Adam Kenway, which catapult his range as an actor and artist to a higher level.

Grab a bottle of wine, or popcorn, or both, and allow Kristos Andrews to lure you in this powerhouse episode (“Auld Lang Syne Part 1”) of The Bay, which is bound to have Emmy written all over it. The Television Academy should already start taking notice since this performance, in particular, is too huge to be ignored. Congratulations!

Tune in on the following week, on Tuesday, December 29 for the 10th and final episode of Season 6 of the 19-time Emmy award-winning series, The Bay, on Popstar! TV.