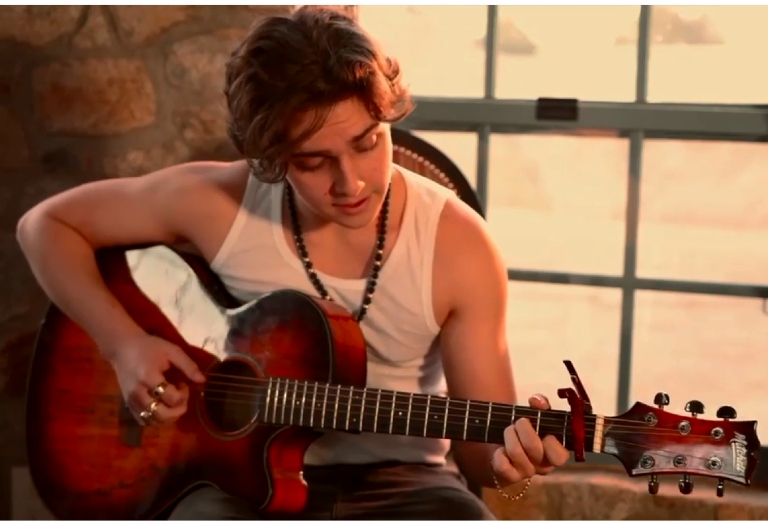 The young performer accompanies himself on acoustic guitar, and his interpretation is warm, sincere, sultry, and filled with raw emotions. Joshua allows his rich, crisp voice to shine on this Elvis Presley classic, and he is able to introduce it to a younger audience that may have been unfamiliar with the music of “The King of Rock and Roll.” One can hear Joshua’s heart on his delivery and execution.

His Emmy award-winning father (Maurice Benard) joins him towards the end, and it is neat to see him beaming with pride over his son. It is a really cool father and son moment, and what seems to be one unforgettable musical experience.

Fans can check out Joshua’s rendition of “Can’t Help Falling in Love” on Maurice Benard’s Instagram page by clicking here.

It is evident that Joshua has an old soul and that talent runs in his family, and his future in the entertainment or music business should be bright and promising, whatever he decides to do.