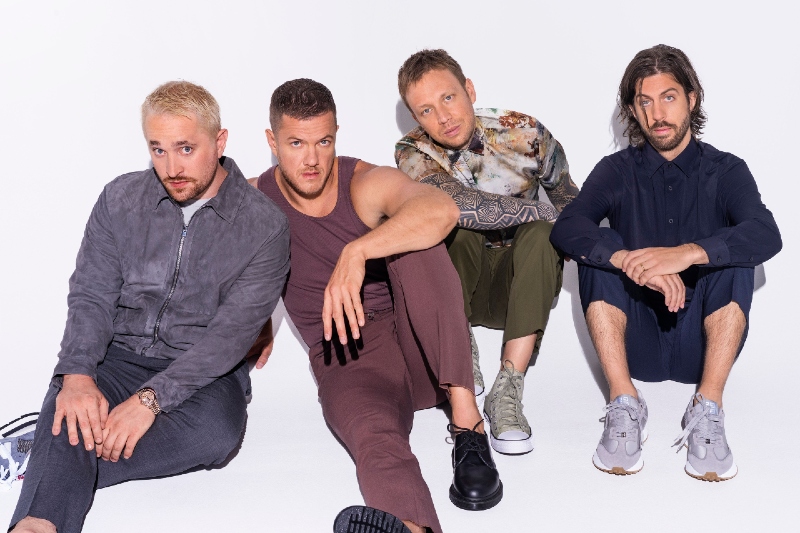 On Monday, February 14, the Grammy award-winning rock group Imagine Dragons headlined the UBS Arena in New York, as part of their “Mercury” headlining tour just in time for Valentine’s Day. They performed for an excellent turnout of fans.

Imagine Dragons kicked off their high-adrenaline set with an expressive version of “My Life,” where they were able to lure the audience in from the opening verse. “How are you doing, New York?” frontman Dan Reynolds asked the crowd.

They immediately broke into the vivacious “Believer” and after a sip of water, he performed “Polaroid x Hopeless Opus.”

“This is where it all started,” he said, and he took his fans on a trip down memory lane to “It’s Time,” and they went on to perform songs from their latest studio offering “Mercury — Act 1,” which included their radio hit “Follow You,” “Lonely,” as well as the melancholically beautiful “Wrecked,” which is this journalist’s personal favorite tune on the new album.

“We love you,” he told the audience. “It feels good to be back. I’ve missed you. This is your night,” he reiterated.

Reynolds noted that the last few years, he lost people that passed on, and that altered him in ways that he cannot express. Although he was unsure of what his future would hold, this “Mercury” tour (and New York being their fifth tour stop), reassured him that this is exactly where he needs to be. “Thank you for celebrating life,” Reynolds said, effusively and went on to wish everybody “peace and joy.”

“Shots” was a heartfelt performance, which featured Reynolds’ sultry, harking vocals. “Do you feel my heart?” he asked the Long Island fans, and the answer was a resounding “yes.” He poured a wide spectrum of raw emotions into this song, and it was evident that his vulnerability was the audience’s reward.

“Birds” featured stunning visuals on the giant televised screen as green lights graced the stage, and it captured the mood and the symbolism of the tune’s lyrics.

“I believe it’s a special day today. Happy Valentine’s Day,” he said and noted that while “Follow You” is not really a romantic tune, it’s a song for the friends as opposed to the loved ones.

“Lonely” was more nonchalant and sassy, and equally impressive was the spitfire “Natural.”

Reynolds polled the audience and asked them if they lost someone special over the last few years, and the majority of the people’s hands went up. “This is why we need each other and why we must come together. You are not alone,” he reminded them.

“I hope we can all come together, be present and be in the moment. It’s a great thing,” he added.

He dedicated “Wrecked” to his late sister-in-law who passed away from cancer.

“Thank you so much for singing along with me,” he said while being deeply moved by the warm response.

Imagine Dragons continued with a remarkable acoustic portion of the show, which began with “Next to Me,” which he dedicated to his wife, Aja, who has been with him for over a decade. He acknowledged that “Next to Me” is indeed a Valentine’s Day song.

“We sure love you people. Thanks for being a part of the past 10 years. We don’t take it for granted. Thank you so much,” he said.

He continued with their infectious smash single “I Bet My Life.” They even threw in a distinct cover of the mellow “Three Little Birds,” which would have made the late Bob Marley proud. “Think about it as you are saying it, and we will let it out to the universe,” he said about the latter Bob Marley classic.

Everybody’s cell phones lit up during “Whatever It Takes” and the fans recited the lyrics verbatim. “Thank you so much,” Reynolds said. ‘It feels like a damn good night tonight, feels like I’m home,” he added.

“It’s Ok” was carefree and fun, and their new song “Enemy” was quite catchy and promising.

The highlight songs in the second half of their set were the bombastic “Whatever It Takes,” “Radioactive,” the powerhouse “Demons” and “Bad Liar,” all of which were sheer perfection.

After “The Fall,” they closed with “Walking the Wire” and with “My Life” yet again, where they left their fans yearning to hear more great Imagine Dragons rock music.

This past summer, the Wunderkeks bakery partnered with the LoveLoud Foundation, which was founded by Reynolds.

Overall, Imagine Dragons were incredible at UBS Arena in Belmont, New York. Aside from performing top-notch rock hits, they were able to spread a message of love, tolerance, compassion, and acceptance through their music and that is exactly what the world needs in these trying times. They were able to provide an escape for the crowd, and they were able to put smiles on the people’s faces.

Dan Reynolds is one of the most charismatic frontmen in contemporary music. He had the audience with him every step of the way, and they could feel his heart on stage throughout the entire duration of the show.

Watching Dan Reynolds and the band Imagine Dragons perform live in Belmont was like watching the Tokyo Summer Olympics Games all over again, and Dan Reynolds was our Caeleb Dressel. Their live set garnered an A+ rating. 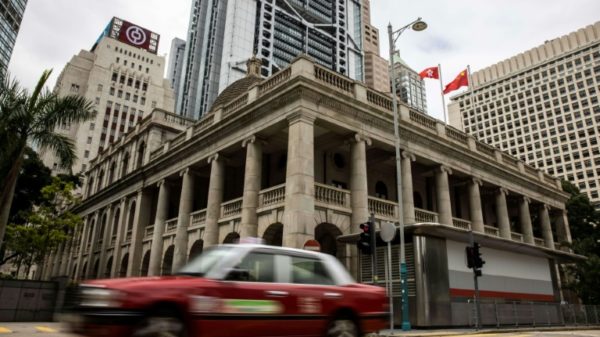 Chinese President Xi Jinping will attend a ceremony in Hong Kong celebrating 25 years of the city's handover to China.