“Get Loud” has an empowering message to it, especially during the times that we are living in, and the music video does the song justice. R&B sensation Liv Warfield, who was a part of Prince’s band, nails the lead vocals, as Nancy compliments her on harmonies and acoustic guitar.

The band’s music is a mixture of such diverse genres as R&B, soul and blues, and there is something in it for everybody. The groove to “Get Loud” is infectious, and the optimistic lyrics are convincing and reassuring. The song made its premiere after the “Concert for America: Stand Up, Sing Out!” that was steamed live on social media. It is a true anthem for women’s equality that any listener can relate to.

Speaking of lyrics, the song’s lyric video may be seen below.

Aside from Warfield on lead vocals, and Wilson on guitar and background vocals, Roadcase Royale is made up of Ryan Waters on lead guitar, as well as Chris Joyner from Heart on keyboards, Dan Rothchild on bass and Ben Smith on drums. 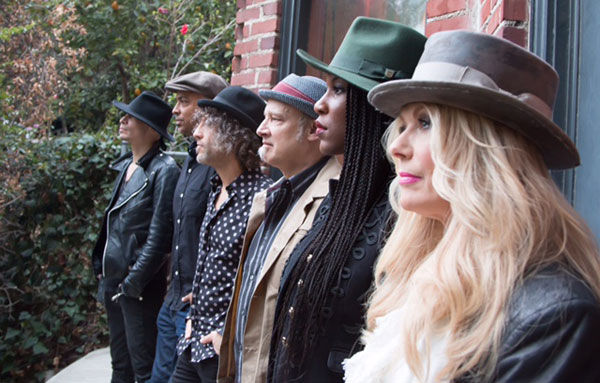 To learn more about Roadcase Royale, visit their official website.