This new show had the latest state of the art technology and LED screens. He kicked off his set with his razor trick, which was gruesome to watch for some people. “I’m back home on Long Island,” he screamed. “Gotta wake up their asses tonight,” he added, since the crowd wasn’t as energetic in the beginning, but that all changed in the acts that followed.

Angel continued with his deck of card tricks, where a spectator picked one card from the desk, and he was able to randomly select that specific card, with the help of a bow and arrow (as the cards flew in the air).

The world renowned magician shared the following advice to his Long Island audience: “If you have a dream and are on Long Island, you can accomplish anything in your life. I’m living proof.” “We’re Strong Island,” he underscored, and promised the audience “a great night of fun.”

While he is doing six shows this week, the show at the Tilles Center for the Performing Arts is the “sweetest show” for Angel, especially since his family is there tonight, and he would drive nearby, growing up.

One of the most mind-blowing tricks was his close-up routine involving gold coins, and a glass jar. This demonstration was called “Black Star,” and Celldweller’s “It Makes No Difference Who We Are” played in the background, which was quite fitting. “It took me 18 years to become an overnight success,” he said, prior to adding that time, dedication, perseverance and 10,000 hours of practice are also essential.

An added treat was when he invited Stefan Vanel from The Supernaturalists to do his card manipulation routine, which left everybody in total awe. Other guest magicians this evening included mentalist Banachek, as well as Devlin, who is affectionately dubbed as “The Matador of Magic.”

This time around with his “metamorphosis,” he was able to take it to another level, since it involved a straitjacket trunk escape, which made it even more difficult. This part of the show earned him a standing ovation from the Greenvale crowd.

In a subsequent act, he invited four girls on stage with him to “Club Angel,” where he performed several tricks, which involved their biggest fears such as snakes. He was also able to put a cell phone into a vodka bottle.

Angel noted that growing up, he was broke, but he had a dream and his family’s support. He was able to subsequently turn one dollar bills into one hundred dollar bills.

Finally, he was able to correctly predict the serial number of a dollar bill from a fan in the audience. He saved the most heartfelt segment of the show for the end, when he brought up his son, Johnny, on stage, and paid homage to all the victims who lost their lives last year (whether it was in a hurricane or the Las Vegas shooting or other tragic events). Angel performed a poignant magic routine, where the song “Never,” recorded by singer-songwriter Shaunyl Benson (the mother of their son Johnny), whom he dubbed as his “significant other,” played on the giant televised screen. Benson’s vocals were truly angelic on the track, and Angel encouraged the Tilles Center audience to really listen to the song’s bittersweet lyrics. This was magic in its finest, and many viewers were moved to tears.

Petros Arzoumanidis, “Best of Long Island” winner for “Best Personal Trainer on Long Island,” who was in attendance, remarked, “Criss Angel was nice with the coins, and it was cool because I was seated right there. It was a pretty good show.”

Overall, Criss Angel put on a solid magic show at the Tilles Center for the Performing Arts with RAW. Angel is constantly reinventing himself and his craft, and he keeps his demonstrations refreshing and unique. Angel is truly the epitome of hard work, perseverance and he clearly possesses an indomitable spirit. The song “Never” in particular, and the magic performance that accompanied it, truly touched the viewer like a shot in the heart. His new show RAW is highly recommended for all fans of magic and Criss Angel.

Read More: Criss Angel chatted with Digital Journal about his new RAW magic show, and he opened up about the digital transformation of the contemporary magic and entertainment scene. 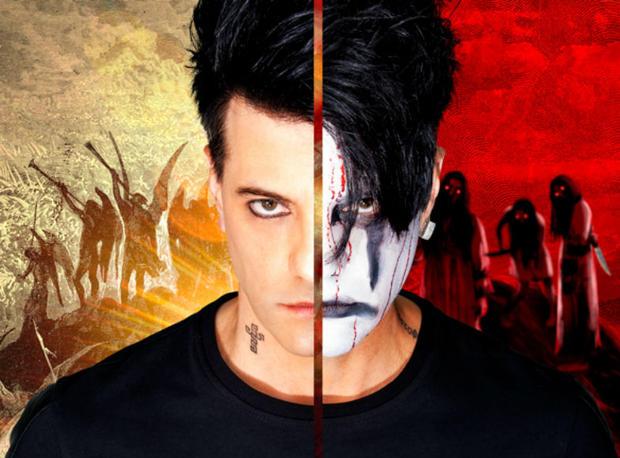