Angel previously performed here as part of his ensemble magic cast, The Supernaturalists, where he was featured in their second act, but this time, he was the star of the entire show, and it literally rocked. The superstar magician proved to be an entertainer that only gets better with age and experience.

He encouraged audience participation throughout the “Mindfreak Live” show, and he was at the top of his game. He truly made the crowd feel at “home” in Foxwoods, thanks to his nonchalant personality. His record-breaking metamorphosis was a true spectacle, which left the fans spell-bound of his talent. Equally extraordinary were his straight-jacket escape, and the swallowing of those sharp razor blades in his mouth was grotesque yet fascinating. Without giving too much away, this is a show that everybody needs to experience live on the East Coast. 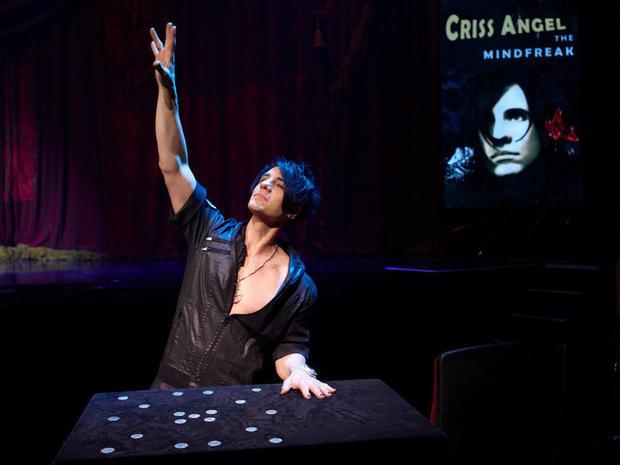 Although this was Angel’s final show day at Foxwoods this month, he will be returning in December, as part of his birthday weekend. He will be playing two shows each day on December 14, 15, 16 and 17. One can only ask: “Are you ready?”

Overall, Criss Angel’s “Mindfreak Live” in Foxwoods was a great way to show his fans on the East Coast a glimpse of his “Mindfreak Live” show that he performs each night at the Luxor Hotel and Casino in Las Vegas, as part of his residency. The whole production was innovative, creative and compelling. For this journalist, it was never about how Criss Angel performs each magic trick. What makes him impressive is how fast he does everything; that is truly astonishing. His energy level and zest are infectious. Most importantly, is that he is able to touch his fans, which are affectionately known as the “Loyals,” on an emotional level with his magic, and he succeeds with every show. The “Loyals” were with him, every step of the way. His “Mindfreak Live!” magic show at The Fox Theater garnered two giant thumbs up.

To learn more about Criss Angel and his live shows, visit his official website.