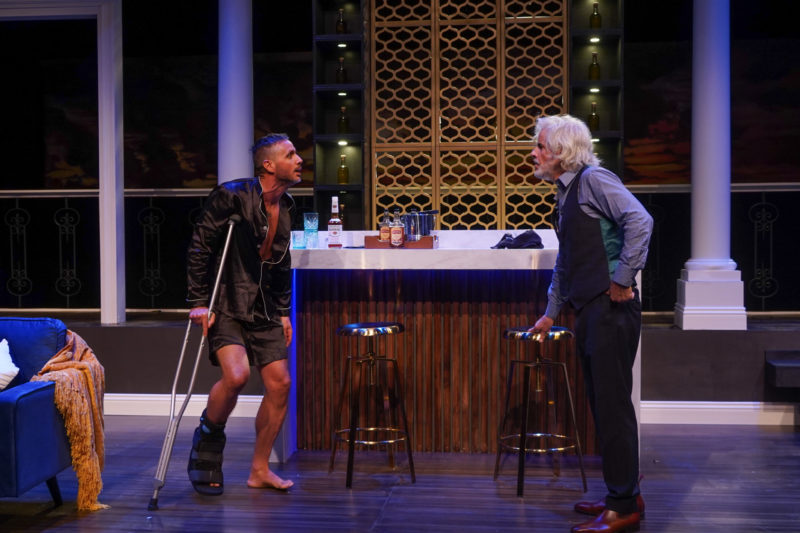 “Cat on A Hot Tin Roof” is an amazing new production by Ruth Stage plays at The Theater at St. Clement’s in the heart of New York City.

Previews begin on July 15, and opening night is set for July 24. The originally scheduled run of this production, which had been announced for January of 2022, was postponed due to the ongoing COVID-19 crisis.

Directed brilliantly by Joe Rosario, this is the first production of the Tennessee Williams play that his estate has allowed to be produced Off-Broadway.

“Cat on a Hot Tin Roof” is set in the Mississippi estate of Big Daddy Pollit, a domineering cotton tycoon and patriarch of a viperous family in turmoil, on the dual occasion of his 65th birthday and (alleged) clean bill of health.

As they come together, everyone knows about Big Daddy’s terminal cancer diagnosis except for him and Big Mama.

This iconic show was made into a film in 1958 starring Elizabeth Taylor as Maggie and Paul Newman as Brick.

The creative team includes scenic design by Matt Imhoff (Disney’s High School Musical), lighting design by Steve Wolf (The Glass Menagerie), sound design by Ben Levine (All Is Calm at the Sheen Center), and Jesse Meckl as the stage manager (Wars of the Roses).

Sonoya Mizuno and Matt de Rogatis were superb as Maggie and Brick, while Christian Jules Le Blanc was transformative and triumphant as Big Daddy.

Alison Fraser was marvelous as Big Mama, and the rest of the cast was just as remarkable (compliments to Spencer Scott as Gooper, Tiffan Borelli as Mae, Milton Elliott as the good reverend Tooker, and Jim Kempner as the doctor in Act III).

Mizuno nailed some extremely dialogue-heavy scenes in Act I, and Le Blanc and de Rogatis were sensational as father and son in Act II, where their scenes really tugged at the heartstrings.

Joe Rosario did an exceptional job presenting an authentic American dynasty with a modern perspective while highlighting the timeliness of a dysfunctional family. It underscored such values as mendacity, family, alcoholism, love, and mortality.

There is something in it for everybody, and it is safe to say that the entire cast did the late but great playwright Tennessee Williams proud. “Cat on a Hot Tin Roof” garnered five out of five stars.

To learn more about “Cat On a Hot Tin Roof,” check out the Ruth Stage official website.