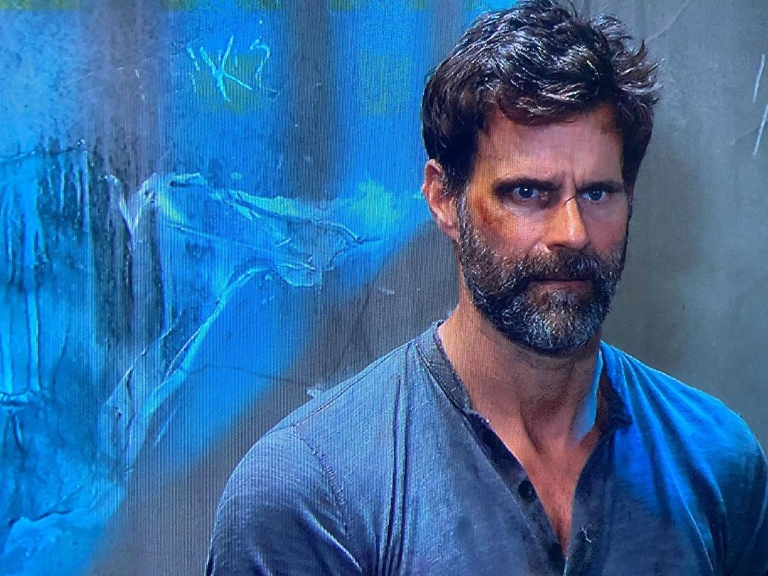 Sam (Kelly Monaco) received a phone call from Drew from a private/unknown number, and the man on the phone claims that he is Drew and that he needs her help. She doesn’t know what to make of the situation because she believes that Drew has been dead for two years.

Drew swears to Sam that it really is him and that he doesn’t have much time, and then the phone line goes dead. Then, he is thrown into a prison cell by a guard named Russel (played convincingly by Josh Murray), who informs Drew that the jail cell is the last place he is ever going to see.

On the following day, Russel tells Drew that “The Boss” won’t be happy that he was trying to escape. Drew makes an offer with Russel and suggests he doubles his salary if he can help him get to the nearest airport and if he reveals to him who has been holding him prisoner all of these years.

Russel states that there is no amount of money that is was worth double-crossing “The Boss.” Drew is hopeful that Sam will be asking questions about his sudden disappearance and if he could really be alive.

The audience then sees flashback scenes when Drew’s daughter Scout is born, and Cameron Mathison really tugs at the heart in those heartwarming scenes when she was a newborn in the hospital. For Scout’s sake, he promises to do everything in his power to get back home.

Russel returns with bad news for Drew. He tells him that “The Boss” wasn’t happy about his attempt to escape. Russel also threatens that Sam will be dead before she leaves the United States if she tries to find Drew.

Drew and Russel have a fight but Russel ends up victorious this time, and he tells Drew that one day he will get him very angry that he will snap his neck; however, fortunately, Drew stole Russel’s pen and he will use it to pick the lock on the cuffs so that he can get out of them.

Will Drew Cain get out of this foreign prison and somehow make his way back to Port Charles? Only time will tell. Tune in to “General Hospital” on ABC to see how this storyline will unfold.