The iHeartRadio Icons show featuring Bon Jovi was presented by AutoZone. “Hello, New York, and hello America,” said Jim Kerr, veteran air personality who hosted the event. He complimented Bon Jovi for selling 130 million albums worldwide, and noted that they are known for playing arenas or stadiums, however, they have them all to themselves at the “intimate iHeartRadio Theater.” “Prepare yourselves for some great stories and some great music,” Kerr foreshadowed, and rightfully so.

Jon Bon Jovi kicked off their set on an infectious with “This House Is Not For Sale,” with its catchy hooks, as he hit the high notes towards the end, coupled by the band’s soaring harmonies. The song had a killer instrumental outro, which garnered a raucous response from the iHeartRadio Theater audience.

The New Jersey rockers told Kerr that they are re-releasing their This House Is Not For Sale album with two new songs. “This album is another big rebirth,” Jon Bon Jovi said, and shared that after every rebirth, they returned stronger.

They continued with their new song, “When We Were Us,” which had a liberating vibe to it, as orange lights dimmed from the stage.

Kerr clarified the “rumors,” in that Bon Jovi will be in Cleveland on April 14, thus implying their forthcoming Rock and Roll Hall of Fame induction. “That we are,” Bon Jovi said, and acknowledged that it is a “really cool club to be in,” especially since many of his biggest musical heroes have been inducted in it. He also shared that Richie Sambora is looking forward to coming, and they will be performing together at the Rock and Roll Hall of Fame induction induction. 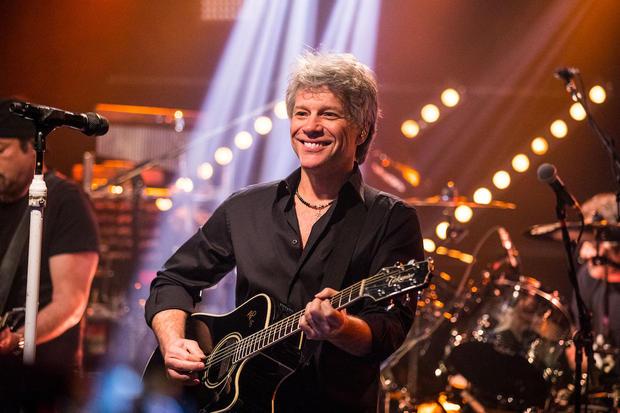 Bon Jovi followed it up with some classics hits including “You Give Love a Bad Name,” and “It’s My Life,” where he was jumping around, and incorporated the song as a crowd singalong.

Jim Kerr also made an exclusive announcement that Bon Jovi will be receiving the inaugural iHeartRadio “Icon Award” at the upcoming iHeartRadio awards on March 11. “Thank you everybody for listening. We are coming to a town near you,” Bon Jovi said. “It’s been a helluva ride for the past 34 to 35 years. We are not done yet!”

He continued with a soulful yet rocking version of “Lay Your Hands On Me,” and towards the end of the song, the iHeartRadio Theater audience was screaming “I love yous” to the heartthrob rocker. “Thank you. Thank you very much,” he responded, effusively.

“Bad Medicine” was another fan-favorite live performance, with a killer guitar solo. He threw some country in the mix and switched over to acoustic guitar for “Who Says You Can’t Go Home,” which he performed sans country songstress Jennifer Nettles.

“Tico, give me the beat,” he said, and immediately broke into “I’ll Sleep When I’m Dead.” “Thank you all for coming out tonight. We are really, truly grateful,” he said. “This is a victory lap. We’ll see you somewhere out there in your neighborhood.”

He described their closing song “God Bless This Mess,” as a tune that “sums up everything.” His vocals on “God Bless This Mess” were controlled and expressive. Everybody had their cell phones up during this performance. It is evident that Bon Jovi is like fine wine, and they still know how to rock out.

“Thank you all very much,” Jon Bon Jovi said. “We will see you out there. We will be fighting the good fight!” he concluded.

Speaking of touring, as Digital Journal reported, on May 9 and 10, Bon Jovi will be returning for two consecutive shows at Madison Square Garden in New York City, as part of their “This House is Not For Sale” 2018 tour. 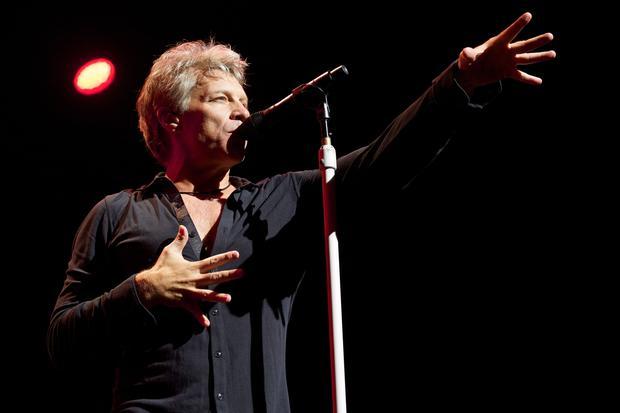 To learn more about Bon Jovi and their 2018 touring schedule, check out their official website.