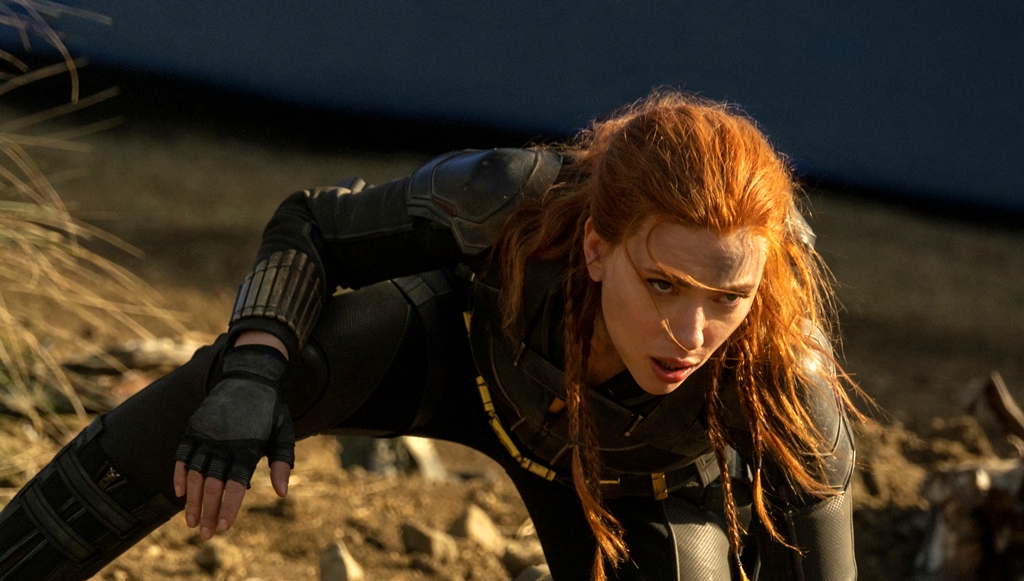 After an extensive wait for the film and then further delays for the release, ‘Black Widow’ is finally here to deliver everything one expects from a Marvel picture… but perhaps a touch too late.

Marvel launched its big screen franchise with films dedicated to individual, male superheroes before uniting them in massive blockbusters that featured many other heroes. While the team-up movies didn’t ignore their female champions, it took more than a decade for one to get a standalone picture. However, after seeing the success of its DC rivals, the studio is finally embracing its women crusaders and giving them their moment in the spotlight. Fans have longed for a story centred on Natasha Romanoff that uncovers her history as a trained Russian assassin and their wish has finally been granted. Black Widow is the latest addition to the MCU and it fits in perfectly.

In 1995, Natasha (Scarlett Johansson) was separated from her sister, Yelena (Florence Pugh), mother, Melina (Rachel Weisz), and father, Alexei (David Harbour), a.k.a., Red Guardian, Russia’s answer to Captain America. After going through the country’s assassin program, she eventually betrays them to earn entry into the Avengers. Now, after the epic airport battle in Captain America: Civil War, Natasha is once again a national traitor and looking for somewhere to hide. Following up on old connections, she’s led back to her former life… and family. The reunion is complicated by years of lies and grief, but they have a shared enemy who they may only be able to eliminate if they work together. Since lying low is a difficult task, this is just the distraction Natasha needs to keep her mind off the disaster unfolding back in the States.

The Marvel movies tend to include three elements in varying doses: action, humour and character development. As for the latter, fans are already familiar with Natasha, but this is their opportunity to learn her backstory. While only a small section of the film consists of flashbacks to her childhood, she spends most of the picture working out historical trauma with her estranged sister and the Black Widow program that shaped both their lives. However, the technical and genetic improvements to the training have made it a formidable force and turned out an unstoppable warrior who doesn’t rest until its mission is accomplished.

The humour comes from the domestic banter between the reunited family. Alexei relishes the fact his loved ones are once again under one roof, while all the women have mixed feelings about the get-together. His enthusiasm is often out of place, but his heart is never wrong. Meanwhile, the sibling rivalry manifests in witty debates over strategy and technique, including Yelena questioning the purpose of Natasha’s fight pose. The pair have excellent chemistry and are simultaneously each other’s opposite and perfect counterpart, which makes their interactions the most inviting in the picture.

Finally, the action is top-notch as the narrative takes the pursuit across Europe. The sisters expectedly have similar skills and combat styles, presenting two awe-inspiring women who can handle any situation — a fact repeatedly put to the test by hit squads and mid-air battles. Red Guardian, in the meantime, is a bit rusty and has a very different, more graceless approach to confrontations. From fast-moving one-on-one conflicts in which well-matched opponents fight fearlessly to outnumbered confrontations in which ability overrides quantity to high-speed chases through busy areas that require impressive stunt driving (or flying), this movie satisfies all its audience’s blockbuster expectations.

While Johansson has repeatedly proven comfortable in Natasha’s skin, the rest of the cast is new — though you couldn’t tell from their excellent chemistry. Pugh is a tremendous complement to the existing Black Widow, both physically and emotionally. Harbour embodies Red Guardian, bringing a boastful yet likeable sensibility to the character that makes one hope this is not the last we’ll see of the Russian super soldier. Weisz’s role is more complex, but she portrays every aspect of Melina’s personality with poise and confidence.

Before the official announcement, it felt as if Marvel Studios was constantly shelving a Black Widow movie. Now that they’ve finally made it, it feels long overdue — but also too late within the MCU’s timeline since it’s going back to events that happened five years ago and so much has transpired since then. That said, this movie likely would’ve worked slightly better at its original 2020 date, but after delays in the release, it still proves worth the wait — as is the post-credit sequence, which fittingly (and frustratingly?) ties into the MCU and raises more questions for the future of its characters.