Preliminary judgement based on physical traits is virtually engrained in our psyche. When you look at someone, the first thing you notice is their physique, desirability and/or skin colour. No level of education can reverse this process, but as a character in this film suggests, “What matters is your second, third and fourth thought.” Race relations are at the centre of Black or White, but it earnestly explores covert prejudices that many are hesitant to admit and are difficult to eradicate.

Elliot (Kevin Costner) is the loving, Caucasian grandfather of Eloise (Jillian Estell), a mixed race seven-year-old girl. However his wife was her primary care giver, so when she suddenly dies Elliot is at a loss. He drowns his sorrow in alcohol while trying to fill the hole his wife left behind. In the meantime, Rowena (Octavia Spencer), Eloise’s paternal, black grandmother, wants to help fill that void as well — permanently. Eloise’s father (André Holland) is in no condition to take care of her, but Rowena petitions on his behalf in an attempt to obtain full custody. The battle in and out of court is complicated as both grandparents accuse each other of racism while attempting to shield Eloise from becoming a casualty of their tug-of-war. 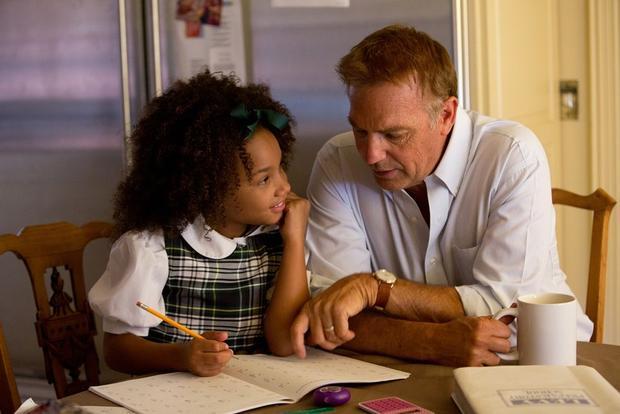 A scene from ‘Black or White’
Relativity Media

As mentioned earlier, race is at the heart of this picture but refrains from being hostile or instructive. The title is evocative of the key protagonists’ skin colour, but also that the discussions in the movie are not that cut-and-dry. Elliot accepts the other half of Eloise’s family with open arms, but remains steadfast in his belief that he can best provide for his granddaughter. Rowena accuses him of not wanting her to be around other black people, whereas he insists it’s a matter of community safety and opportunity. Moreover, his main objection to her father being in her life is his drug addiction and contribution to the death of Eloise’s mother.

There is a lot of grey in writer/director Mike Binder’s picture. Neither grandparent is ideal with Elliot’s alcoholism and Rowena’s attention spread across six businesses and the rest of her extended family, but each believe they know what’s best for Eloise and acting with the best of intentions. Furthermore, Rowena’s self-imposed ignorance of her son’s failures is maddening, even if it’s often unclear if all his current behaviour is improper. Though each legal team threatens to throw dirt, the narrative avoids ever making either character the villain even though it has plenty of opportunity to cross the lines of propriety. 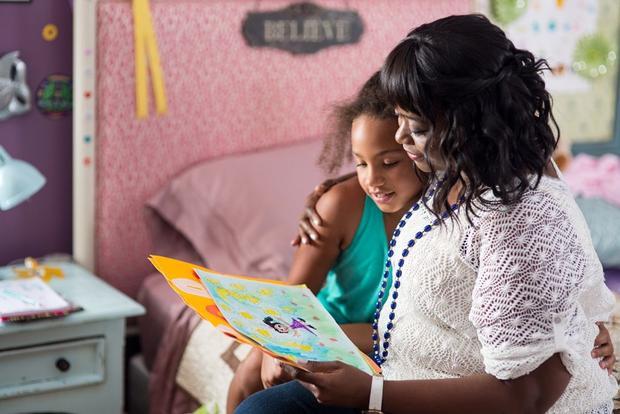 A scene from ‘Black or White’
Relativity Media

Without being overly sentimental or critical, this picture relates a mostly realistic story that is made stronger by the understated performances of its main actors. Both Elliot and Rowena love Eloise intensely, but their disagreement regarding her upbringing doesn’t mean they wish each other ill will —an attitude Costner and Spencer capture perfectly. In fact, Costner was so taken by the script that when the film could not secure financing for its production, he invested $9 million of his own money to ensure it was made.

At a time when race is once again a hot-button issue, a film that raises uncomfortable but moderate conversations is worth watching. If nothing else, it’s a reminder of how we relate to each other sometimes without even acknowledging it.