Joel praised Aretha Franklin as “one of the greatest singer of all time.” “I want to dedicate this song to her sung by one of our great voices Crystal Taliefero,” Joel said.

Taliefero, who is a long-time member of Billy Joel’s live band, belted out the classic Aretha Franklin tune “Respect,” and she sang it with elegance and grace. Taliefero had the crowd with her every step of the way, and they were singing along. She blew the roof off the venue thanks to her sultry, powerhouse pipes. This was a masterclass on how a proper tribute to the “Queen of Soul” should be done, and Taliefero nailed it. Joel praised her for a job well done, and rightfully so. 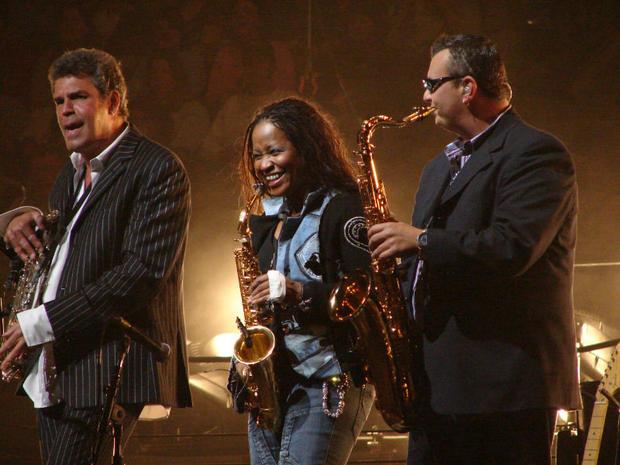 In addition, DelGuidice was fabulous on the Italian operatic tune “Nessun Dorma,” as always, accompanied by Joel on piano.

At this show, Bryan Adams was Joel’s surprise musical guest, where the Canadian superstar sang his signature tune “Summer of ’69,” with Mike DelGuidice and Tommy Byrnes on background vocals and guitars, as Joel played the piano.

Adams stayed up on stage, where he played electric guitar and sang with Joel on “You May Be Right.” It was incorporated as a medley of “Rock and Roll” by Led Zeppelin, where DelGuidice sang the piercing high notes with ease in Robert Plant fashion.