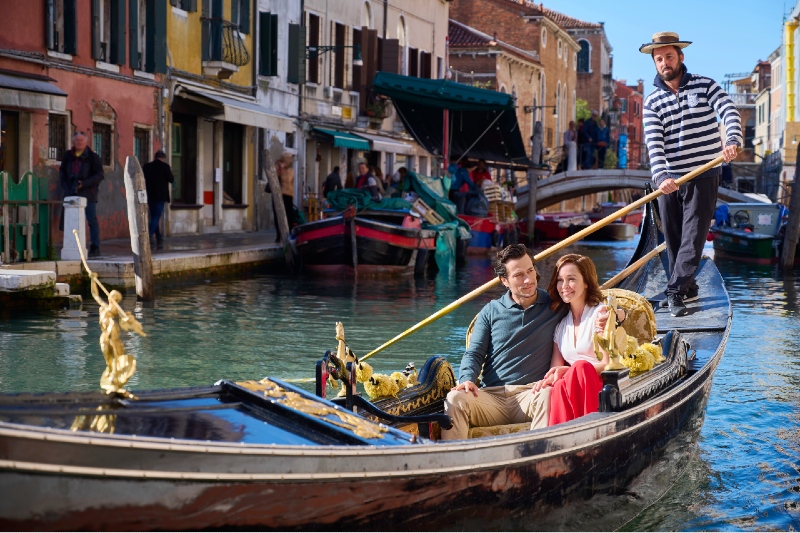 Actors Autumn Reeser and Paolo Bernardini are fabulous in the new original Hallmark film “The Wedding Veil Unveiled,” which premiered on Saturday, February 12, as part of its “Loveuary” programming.

“The Wedding Veil Unveiled” is the second installment of an enchanting new trilogy about three college friends who share a 19th-century wedding veil said to bring whoever possesses it, true love. It was filmed in both Italy and Bulgaria.

Actresses Alison Sweeney and Lacey Chabert also make appearances in this film, which is released just in time for Valentine’s Day weekend.

“The Wedding Veil Unveiled” takes place a few months after Avery’s (Lacey Chabert) wedding. Chicago-based professor Emma (Autumn Reeser) travels to Italy to teach American art history. While there, she uses her free time to research the provenance of the veil, which leads her to the colorful island town of Burano, famed for its exquisitely handcrafted lace.

On her way to the island, she encounters a handsome man (Paolo Bernardini) who offers help but Emma, who is still processing the end of a long-distance relationship, declines.

Her search leads to the oldest shop on the island, where the owner responds
exuberantly to the veil. Emma doesn’t understand Italian but thankfully, the man she met earlier shows up translates for her. She learns his name is Paolo and his grandmother is the shop owner. He explains that the veil shares a special connection to his family, who had thought it was destroyed.

Paolo and Emma decide to work together to unravel the century-old mystery of how the long-lost veil made its way from Italy to a shop in San Francisco, California. As they spend time together and Paolo helps Emma to let go and embrace the beauty of Italy, they begin falling for each other.

As Emma prepares to return to Chicago, she isn’t sure she can handle another long-distance relationship, but the veil and its legacy may have other plans.

Paolo Bernardini and Autumn Reeser have great chemistry together, and the cinematography in this film is spectacular. Reeser is the epitome of class, grace, and elegance as Emma, while Bernardini is the voice of reason when Emma needs it the most. Their characters are able to motivate each other to follow their dreams and goals.

Similar to the first film in this trilogy, Terry Ingram did an exceptional directing “The Wedding Veil Unveiled,” and compliments to Sandra Berg and Judith Berg for writing such a compelling and heartfelt script.

Overall, “The Wedding Veil Unveiled” is a superb and heartwarming film. The performances by the entire cast are beautiful, and it is such an engaging Italian love story. It garners an A rating. 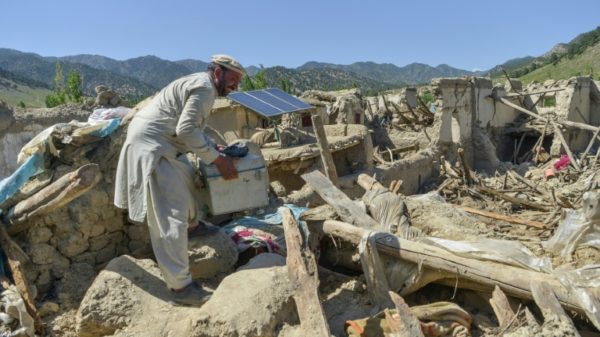 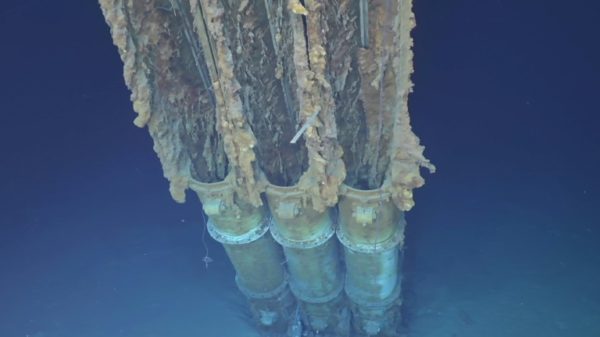