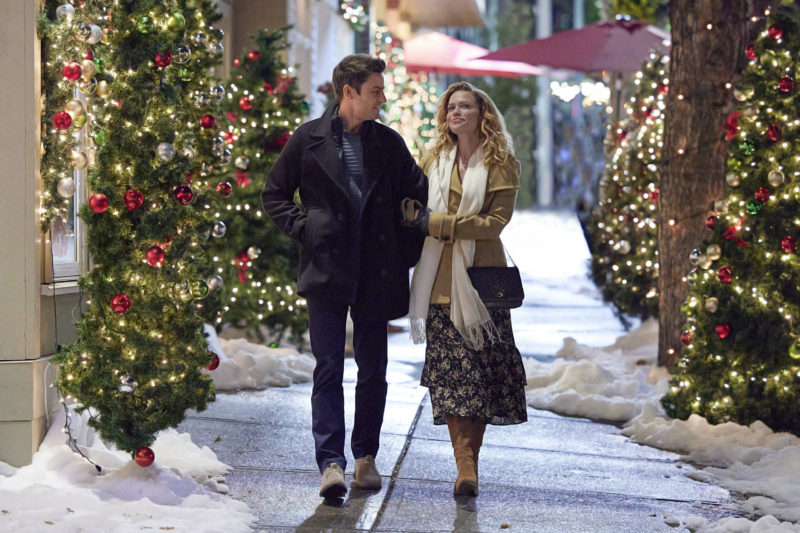 Lenz and Hynes had great chemistry together, and they were remarkable in every scene in the movie. The writing by Paul Campbell is heartfelt and compelling, and Michael Robison did a solid job with the film’s direction.

The synopsis of the film is as follows: Jamie (Tyler Hynes) hasn’t told his family that he and his now ex-girlfriend Emily (Bethany Joy Lenz) broke up. After an inopportune run-in with Emily at the train station in his hometown, Jamie convinces her to pretend they are still a couple to avoid ruining Christmas for his family.

Jamie and Emily subsequently engage in a week-long trick of participating in his family’s holiday activities together. While they’re stuck in his family’s home, the pair discovers their relationship might still have some potential, resulting in a very unexpected Christmas, hence the title.

Particularly impressive about this movie is that it features a cameo from Andrew Walker, where most recently, Tyler Hynes did a cameo in Walker’s film “My Christmas Family Tree.”

Overall, Tyler Hynes and Bethany Joy Lenz are superb in “An Unexpected Christmas.” It is one of Hynes’ most memorable Hallmark performances to date, and Lenz is just as fabulous. It garners an A rating.