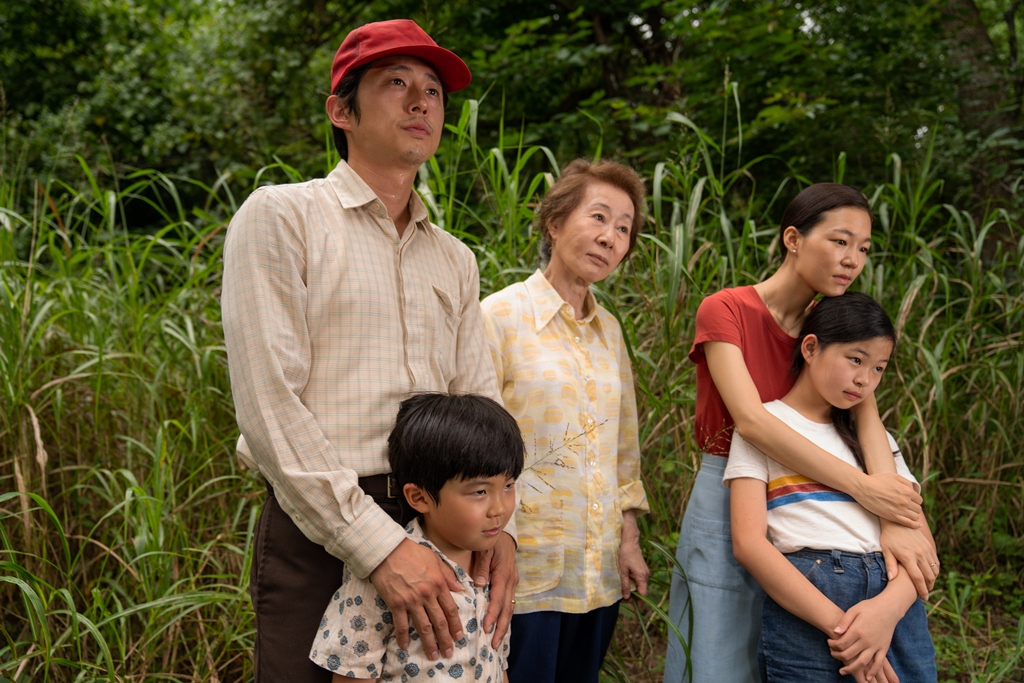 This week’s releases include a family on the verge of cracking under the pressure of a new life; an investigation into an unspeakable crime; an attempt to relive a classic; and a genre-changing picture with a legacy that continues to this day.

Sara Howard (Dakota Fanning) has opened her own private detective agency and is leading the charge on a brand-new case. She reunites with Dr. Laszlo Kreizler (Daniel Brühl), the formidable alienist, and John Moore (Luke Evans), now a New York Times reporter, to find Ana Linares, the kidnapped infant daughter of a Spanish dignitary. Their investigation leads them down a sinister path of murder and deceit, heading toward a dangerous and elusive killer. Meanwhile, the mystery is complicated by rising tensions between Spain and the United States, and war in Cuba seems inevitable.

The season begins dramatically with the shocking discovery of a dead body and a brutal execution. Laszlo and Sara make similar promises to different women who have both lost their children and need assistance to recover them. As their searches are connected, they work together with John to try to find who could commit such heinous crimes. In between following the bloody clues, the trio’s personal lives become further complicated by the introduction of new feelings. In addition to navigating complicated political tensions, the team also uncovers the dark side of high society and the appalling lengths they go to bury their secrets. Much like the first season, there are some lulls to overcome around the middle of the season as they repeatedly have the culprit in their grasp and then have to start all over. Consequently, the ending feels a bit drawn out even though there are some interesting discoveries in the latter third of the season.

Special features include: “Inside The Alienist: Angel of Darkness, The for a Killer”; “Building the World”; “Dressing a Modern Woman”; and “Walking the Set 2.0 with Luke Evans.” (Warner Bros. Home Entertainment)

A Korean-American family moves to an Arkansas farm in search of their own American Dream. The family home changes completely with the arrival of their sly, foul-mouthed, but incredibly loving grandmother. Amidst the instability and challenges of this new life in the rugged Ozarks, the film shows the undeniable resilience of family and what really makes a home.

The story of a family scraping together all their money, first to immigrate to “the land of opportunity” then to move across the country and start anew, are the dreams on which America was built. Jacob (Steven Yeun), the family’s patriarch, is very enthusiastic to start this new chapter in his family’s life. On the other hand, his wife, Monica (Yeri Han), tries to be supportive, but misses the social connections of their old home and fears all their money will be wasted on this pipedream. Their daughter, Anne (Noel Cho), is resilient, while their chronically ill son, David (Alan S. Kim), thrives in the great outdoors. Grandma Soonja (Yuh-Jung Youn) is a spirit like no other and it takes the family some time to adjust to her presence, which is not always helpful as her domestic skills are limited. However, the family’s interactions are the film’s greatest asset as their love and quarrels appear genuine thanks to the cast’s incredible performances, especially Kim and Youn who accepted the Oscar for best supporting actress. As writer/director Lee Isaac Chung discusses the narrative’s inspiration in the bonus features, the source of the picture’s authenticity becomes clearer.

With its story of a morally obsessed serial killer who forces his victims to play horrific games of torture and survival, the film shocked audiences, redefined the horror genre, and spawned one of the most successful franchises of all time.

In 2004, two young filmmakers from Australia, James Wan and Leigh Whannell, changed the horror genre by creating a movie that stunned audiences with its startling conclusion. Both have gone on to have successful movie careers, while the film launched a franchise that includes an eighth picture releasing this year. Trapped in an old, decaying bathroom, two men (Cary Elwes and Whannell) with little in common are chained opposite of each other. A disguised voice intermittently interrupts their nightmare to provide clues to their captivity and what they will need to do to escape with their lives. The filmmaking pair made the most of their limited budget, using the enclosed space to their full advantage and making 100 times the film’s cost at the box office. While later installments would focus on the unique traps invented by the killer and the cat-and-mouse chase with police, the first picture was a psychological masterpiece.

One of the most beloved rivalries in history is reignited when Jerry moves into New York City’s finest hotel on the eve of “the wedding of the century,” forcing the event’s desperate planner (Chloë Grace Moretz) to hire Tom to get rid of him. The ensuing cat and mouse battle threatens to destroy her career, the wedding and possibly the hotel itself. But soon, an even bigger problem arises: a diabolically ambitious staffer (Michael Peña) conspiring against all three of them.

The eternal rivalry between cat and mouse has been the inspiration for a myriad of narratives, but the best-known adversaries are Tom and Jerry. Starring in their own cartoon program, the pair was introduced in Hanna Barbera’s shorts in 1940 and have maintained their popularity to this day. Unfortunately, their animation style and actions do not transfer well to a contemporary, live-action hybrid film. Tom and Jerry can’t speak, yet the event planner manages to communicate with both of them throughout the entire movie in a manner that’s difficult to accept. The filmmakers’ attempts to shoehorn their exaggerated animated antics into an ordinary world never really comes together as it’s difficult to suspend one’s belief enough to become engaged in the picture — and the outrageous, no-expense-too-high wedding doesn’t help things. The one amusing aspect is ALL the non-human creatures in the movie are animated, which allows for some fun animal-based comedy.

Special features include: deleted scenes; “Bringing Tom & Jerry to Life”; “Tom & Jerry’s World”; “The Feud: #TeamTom vs. #TeamJerry”; “The Tom & Jerry Guide to New York City Wildlife”; Jerry’s “A House for a Mouse”; “Inside the Wedding of Ben and Preeta”; “A Scene Comes to Life”; and gag reel. (Warner Bros. Home Entertainment)