Optimus Prime. Steven Spielberg. Put these ingredients together and you have one of the most highly anticipated live-action cartoon remakes this decade. It’s time to relive your youth with Transformers.

Back in 1984, kids were glued to their TV sets and not because Sesame Street was honouring the letter Q. Twenty-three years ago, an uber-cool shoot-‘em-up full of morphing robots debuted on the small screen, Transformers pitted good versus evil in a giant battle to save Earth, and its impressive animation (for that era, at least) made a humanoid freight liner one of the most recognizable cartoon characters in the 1980s. But despite the fandom for Optimus Prime and the gang, the show was cancelled, in 1988.

But today, there’s more than meets the eye. Almost two decades since the cartoon graced our televisions, several dedicated Hollywood vets think the time is ripe to resuscitate the franchise. 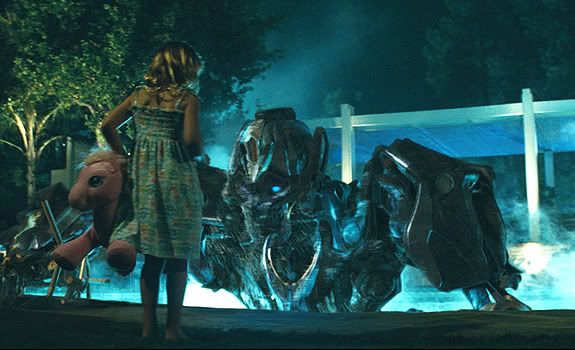 Executive producer Steven Spielberg and director Michael Bay (Pearl Harbor, Armageddon) are teaming up to make a $100-million live action Transformers movie for release on July 4. Starring Josh Duhamel (from the show Las Vegas), John Turturro, Jon Voight and Tyrese Gibson, the film is poised to be more than just a Teenage Mutant Ninja Turtles-style rehash; the calibre of talented actors, along with Spielberg’s magic touch, will make Transformers an instant classic for the retro set.

“I didn’t want to do a toy movie,” said Bay in an interview with IESB.net. “We had to ground it in reality. We tried to incorporate a lot of the Transformers lore, but we had to show how they came to Earth, why they came to Earth and explain it all so it makes sense.”

Other than that, a lot of details are still under wraps. We know the Autobots are defending Earth from their evil robot counterparts the Deceptions. According to leaked info from the film set, the good-natured Transformer named Bumblebee is portrayed as a yellow Chevy Camaro concept, while its nemesis Brawl is outfitted as a Ford Mustang. And there are rumours of a spectacular chase scene, which Bay hints at during a teaser trailer on YouTube: “Can you imagine something transforming at 80 miles an hour?” More details are emerging, however, as stills (found in this article) are slowly being revealed on the Internet. 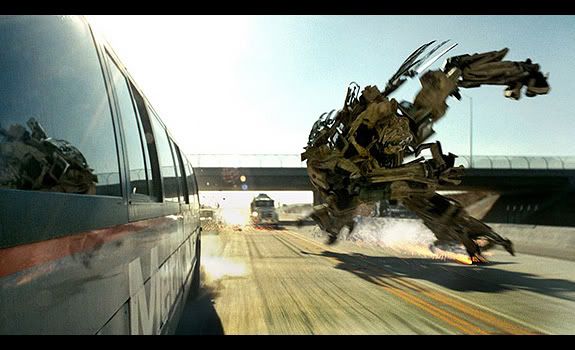 This isn’t the first time Transformers has hit the big screen. In 1986, toy maker Hasbro helped create the animated feature film, simply titled The Transformers: The Move . For a cartoon, it was surprisingly violent, even prompting Orson Welles (who voiced Unicron) to later tell his biographer how he regretted acting in a movie where “toys did horrible things to each other.” But tons of great action, a decent soundtrack (Weird Al makes an appearance) and well-written dialogue made this a fan favourite. It was probably wise for Bay to avoid making another cartoon, as it would have
had to live up to this classic.

Instead, Hollywood is trying its hand at turning old-school nostalgia into a new-school box office hit. The 2007 film is just the beginning, though. On the same teaser trailer, Spielberg says, “We’re going to be making many, many more Transformers movies in the future. But we’re going to make the best one first because we want the best one to inspire everybody to not only play with these toys but to want to know about the further adventures of all of these characters, both human and machine alike.” 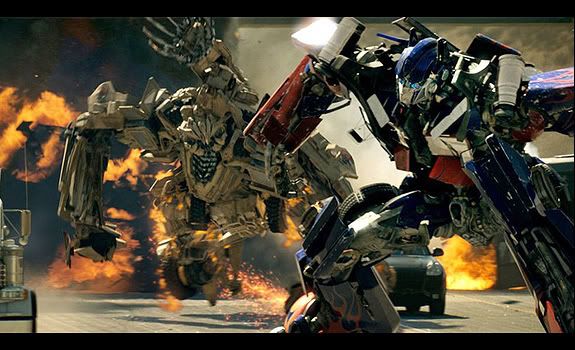 If Transformers lives up to the hype, and elevates beyond the ho-hum cartoon remake genre, we’ll witness a movie event unlike any other: toy superheroes as Hollywood stars. Perhaps 2003 was the Year of the Hobbit, but 2007 will be the Year of the Autobot.

To see a new exclusive (and kick-ass) trailer of the film, click here

In this article:Movies, Steven spielberg, transformers