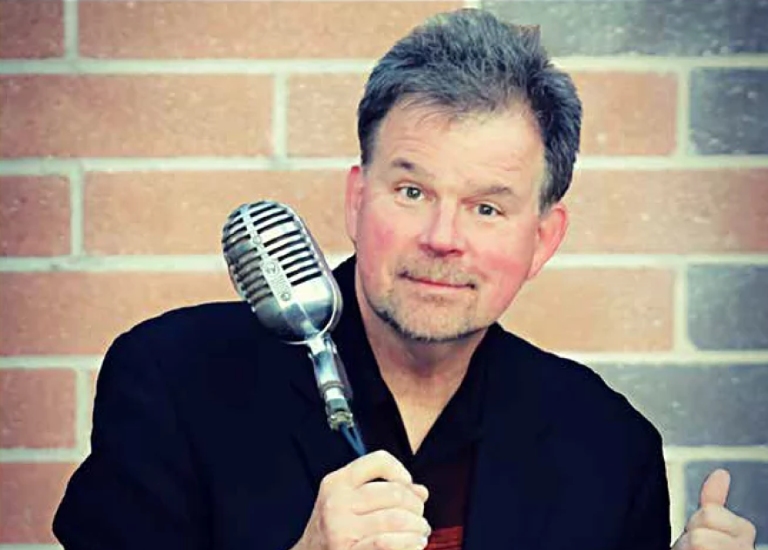 He recently self-published this tell-all book, which documents his life as a popular and highly-rated morning show host who worked in such major markets as Atlanta, San Diego, Cincinnati, Chicago, and Kansas City. He would be hired for his outrageous style, and then once the ratings were up, he would be kicked out the door, only to be offered more money at another station either across the street or across the country.

“A lot of people have been telling me over the course of my career that I should tell some of these outrageous stories of things that I’ve done on the radio, and I thought to do it during the pandemic,” he said.

He acknowledged that it was a cathartic process, and he did a series of Facebook posts and Facebook livestreams after that. “It was really nice to reconnect with some of those folks, and share some memories of what we did,” he said.

On being an author and radio host in the digital age, he said, “I am working on the audiobook right now for ‘Prizes, Pranks & the Purse Lady’ since we have had so many requests for that. That will augment what we did in the book.”

In 1998, Miller signed the richest contract in Kansas City history at the time, only to eventually lose it all.

Miller began his broadcasting career back in 1975, at the young age of 15, in his hometown of Knoxville, Tennessee. He went on to become of the biggest radio personalities.

In addition, Miller launched a boutique advertising agency, Brainstorm Media, which he still operates in Kansas City. He also developed a weekly, nationally syndicated radio show for military veterans, “The National Defense,” which is now in its 15th season and is heard on over a hundred radio stations around the country and overseas on Armed Forces Radio Network. “We have become the USO of the radio. We have so many celebrities that call in and it is really great to connect with them,” he said.

When asked if there were any moments in his career that helped define him, he said, “April Fool’s Day.” “That always was and still is my favorite holiday,” he said. “Once I found out that you can do anything you want on April Fool’s Day and justify it by saying ‘April Fool’s,’ I thought it was a magical feeling. We would come up with incredible outrageous things to do on that day, but the problem was that I would get fired on every April 2. That was the only problem.”

He listed Garth Brooks, Al Pacino, and Jack Nicholson, as the three people that he would love to someday do his dream interviews with. “These would be exciting,” he said.

On the title of the current chapter of his life, Miller responded, “Big.” “This is about as big as my life has ever been,” he said. “There are more things happening now than I have ever had to happen in my life.”

He defined the word success as “doing your best and you’ve given time to everybody that you love.”

The veteran radio host, concluded about his new book, “It’s a great story about somebody who was up on the mountaintop, at the top of the ratings, then landed hard. We have all been there. I would love for readers to understand that you can come back from that, you can come back from everything. I got through it with my faith and my family. I hope the book conveys that.”

Miller also co-hosts a weekly podcast on his official homepage. To learn more about radio host and author Randy Miller, check out his official website.