On playing Taggert on the hit ABC daytime drama General Hospital, he said, “That was amazing. I can’t put it into words. It felt like a dream the whole time. I worked with an amazing cast and producers. How often do we get second chances? I was on Cloud 9 the whole time, I was back in my element and it was phenomenal.”

Andrews had nothing but the greatest remarks about working with two-time Emmy award-winning actor Maurice Benard (Sonny Corinthos). “It was like a hot knife through butter. Maurice and I complete each other. We have a connection that you can’t create. Maurice completes me and it was great to be reunited with him,” he said. 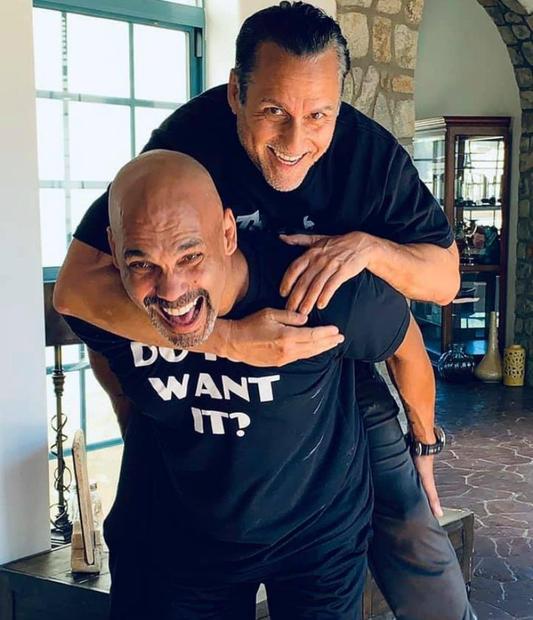 He was really moved by the eulogy that Benard gave his character, Taggert, on the show in the memorial that was held in the Floating Rib. “Oh my gosh. This is how you know what a brilliant actor Maurice is. In that minute or two, he sucked me in, and I forgot that I was watching him play a role. I was like a mess. I was bawling like a baby,” he said.

For young and aspiring actors, he said, “If it’s truly your dream and passion, then just go after it. Jump in, study and get in some good acting classes. Be relentless, work hard and be disciplined. Show up with excellence. You need to honor the industry by taking it seriously. It’s a career that I honor. You need drive, determination, and desire.”

A career-defining moment for Andrews included “getting sober.” “For the last 17 years, the journey of getting sober has defined who I am today,” he said. “I’ve had great personal growth along the way, and it has been amazing. I have grown more as a person in the last year in Alcoholics Anonymous (AA) than I have in my entire life.”

Andrews also played the role of Dr. Keith Campbell in the digital drama series, The Bay. “I love The Bay,” he said. “I love Gregori J. Martin so much that when he asked me, I jumped on it. Gregori is the epitome of having an American dream and going after it. He had a dream and a vision and he made it happen. Several years later, it won many Emmy Awards.”

On the title of the current chapter of his life, he responded, “Gratitude.” “I am grateful to have a second chance,” he said, prior to noting that he would love to team up with people to write his own book.

He defined the word success as “leaving a legacy and changing lives.” “Success is the ultimate service without recognition,” he said.

“I am humbled and extremely grateful for the fans. I love each and every one of them. I don’t call them my fans, I call them my GH Champions. I am very thankful that they are in my life,” he said. “As I travel the country, I look forward to meeting the fans in person. I like to make myself as available as possible.”

His dog, Diamond, is such a favorite among his fans as he is. The latest photo of Diamond and Andrews is available on his Instagram page.

Andrews revealed that he is also on Cameo, where fans can book their own personal cameos from him.