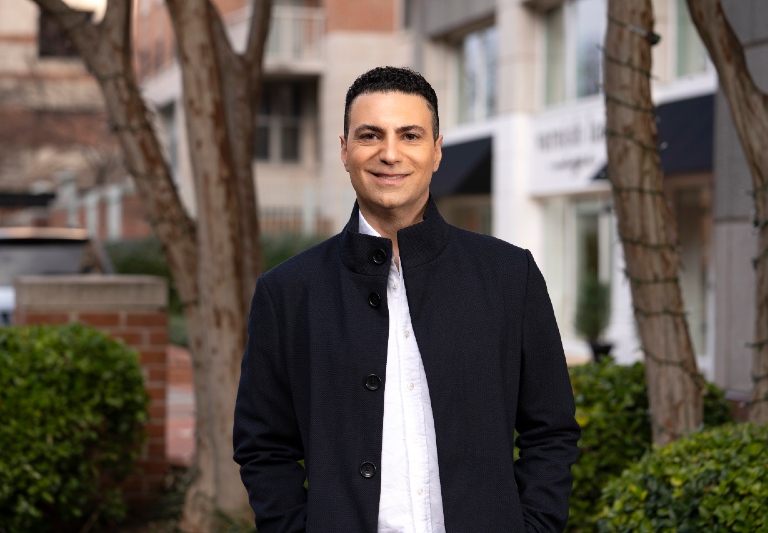 Esteemed PR and media professional Steven Cuoco chatted with Digital Journal’s Markos Papadatos. As a PR professional, he opened up about how readers and people, in general, should leverage their content and social media (coming out of quarantine).

“Think about who you have become and write down what you have learned about yourself during the pandemic,” he said. “Ask yourself, are my morals and values the same as they were before?  Do you believe in the same things as you did before?  If not, recognize what has changed and appreciate your growth and evolution.”

“Have you removed people, projects, a job, and opportunities from your personal and professional circle only to have come to realize that you have evolved and they haven’t?” he asked. “Or, have they moved on because you are stuck in the past and maintaining behavior patterns that are not healthy and they had recognized it was time to move on from you? Have you devoted quality time to yourself and your projects and find it rewarding because you have given yourself the opportunity to spread your wings and step out of your comfort zone?”

“Trust your path and trust in yourself to know and believe in the best and always do what is right – lean into being kind, compassionate, and forgiving. So many times we can just get stuck, but there will always be people, opportunities, and circumstances that will push us forward one way or another,” he added.

“Oftentimes people are scared to navigate their own life and are fearful of outcomes they cannot control,” he said. “So often we as human beings desperately need to know what the outcome will be more often to our downfall because we want to avoid the in-between.  People want to know if there is pain or betrayal, or a problem ahead so that it can be avoided.  Remember that pressure and time create diamonds.”

“You cannot evolve without tension, strength, and the ability to look beyond and forge ahead with comfort knowing that there will always be more than one scenario in every given situation.  It’s not about right or wrong, it’s all about having perspective when it comes to accepting and understanding yourself and to accept and understand others,” he stated.

“Everything in life including friendships, relationships, and everything in-between has a season.  What is meant to stay will stay.  What and who is meant to move on will do so, and if it’s meant to return with love because healing has taken place; then you have not only won the battle, but you have also won the war.  If what is not meant to return to you then respect and appreciate what you have learned and move forward in acceptance, peace, understanding, and forgiveness,” he elaborated.

Cuoco shared the greatest lesson that he has learned during the lockdown. “The greatest lesson for me was that I learned that I did not have to always be doing something and actively being distracted from my personal life. I am very career-driven and passionate about what I do for others when it comes to working in public relations and media.  I am so used to traveling and being on the go that it had given me the chance to strengthen my relationship with my dad and to find peace in my past that I had avoided and didn’t want to face,” he said.

He continued, “What do I mean by stating that I had found peace? It is no secret that my biological family struggled with addiction and there was abuse I experienced by my stepdad.  I was adopted by the most amazing people who officially became my mom and dad.  I will admit that I did not make it easy for people to get close to me emotionally, mentally, or physically.”

“It had taken me over three decades to comfortably say to someone ‘I love you’ and truly mean it because I allowed myself to feel it and experience it by others who wanted to love me and protect me,” he added.

Cuoco acknowledged that he found it easier to be guarded and to control how close someone was to be in his life, and how it created a lot of loneliness inside. “There are times when the worst violence in the world happens when we are violent to ourselves, and how we live our lives, and the decisions we make.  I am grateful that I did not become an addict and to be the first one to graduate from high school and college on my biological side,” he said.

“I am grateful to have been given parents who fought for happiness, love, and peace even when I pushed them away. I am grateful to be here and to share my experiences when it is necessary to help someone else. We are not to be in this world to be materialistic and to focus just on money and power. We are here to create wealth through trust, kindness, compassion, understanding, forgiveness, and to empower each other so that no one is left behind and forgotten,” he elaborated.

Ever-optimistic, Cuoco revealed the silver lining that he found during the pandemic. “To have built incredible relationships with people where I may not have had the opportunity before.  Also, since the majority of people worked from home, it made it a lot easier to have direct contact by calling their cell phone, or when calling the company line it was transferred to their cell without having to talk to a receptionist or an assistant,” he said.

“I had found it to be and to have experienced that people needed to learn how to communicate with each other in a way where they did not have the opportunity before. I believe we all became less robotic and more transparent during the pandemic,” he explained.

On his future plans, Cuoco revealed, “I was cast for eight reality TV shows during the pandemic: The Real Magic Mike, Big Brother 23, and a dating show to name a few. I was cast for a game show recently, however, I had to obtain four additional players to attend and due to timing and travel, the fourth person to be a contestant was not able to make it.  I will be on show in a couple of months and I will keep you posted when it happens.”

“My satellite radio station Power 98.5 is doing very well and listenership has increased exponentially,” he said. “My satellite radio show Live On Air with Steven Cuoco on Power 98.5 has received incredible traction and support from television networks, sports agencies, independent artists, and having the opportunity to interview talent from one of my favorite TV shows, NBC’s ‘The Voice’, has been most rewarding.”

“My public relations firm United Angels Dream has received the most referrals and clients during the pandemic,” he said. “People want more for themselves and their career and to just rely on management or an agency to represent you when it’s been lackluster of a year has proven how public relations is the artery for establishing a thriving career. I have the opportunity to have educated and mentored and offered sage advice more now than ever before because people finally get it and they want better for themselves.”

Cuoco continued, “People have realized and experienced that when there are no concerts, no movie premieres, no red carpet events or distractions to stay relevant in the public eye; you have to be very strategic when it comes to image management and reputation and delivering what is called a ‘Call to Action,’ and that is something I do very well for my clients is to help them remain in the spotlight in a non-bullshit and in a way where their image and reputation is organic and real.”

“I believe that when you lead with authenticity people, fans, and supporters will remain loyal when you create a no-bullshit persona.  When it’s fake, that’s when you lose them.  People are done with supporting fake and a smoke and mirror identity- the markets over-saturated with pretentious fakeness already.  It’s not a flattering look for anyone and there’s no real investment in it,” he added.

For our readers, Cuoco remarked, “I would like to add that we need real change now and moving forward. It has been proven that people are more than a transaction – people deserve real friendships, relationships, commitments, honesty, and transparency.  To be honest and to lead with good morals and values is not a hard thing to do.”

Cuoco continued, “To be attractive and rich is to present yourself in a way that’s always real and kind and how you treat other people will yield a world of wealth and health for generations to come – take pride and show respect for the legacy you are leaving for a future generation and your family.”

“You can dress up and look fancy and rich all you want and drive the most expensive vehicle, but it will never truly hide the ugliness, fake, and diminished and hollow of a personality a person may have,” he further added.

“You can fake it until you make it and a manufactured and phony personality will always show up to the right people at the right time and you will be seen for who you really are, and the wrong people who you think you are planning to betray will have already planned your downfall before you plan theirs,” he concluded. 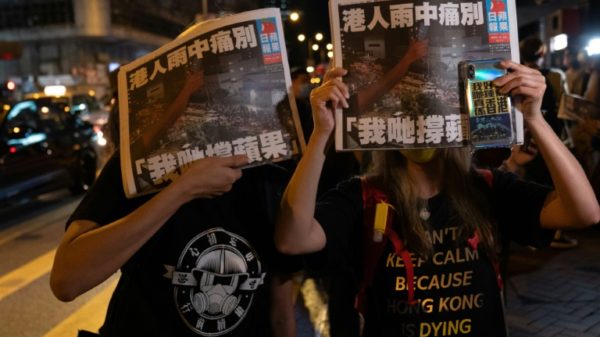 Hong Kong's pro-democracy Apple Daily tabloid said it was a "victim of tyranny" in a defiant final edition on Thursday after it was forced...