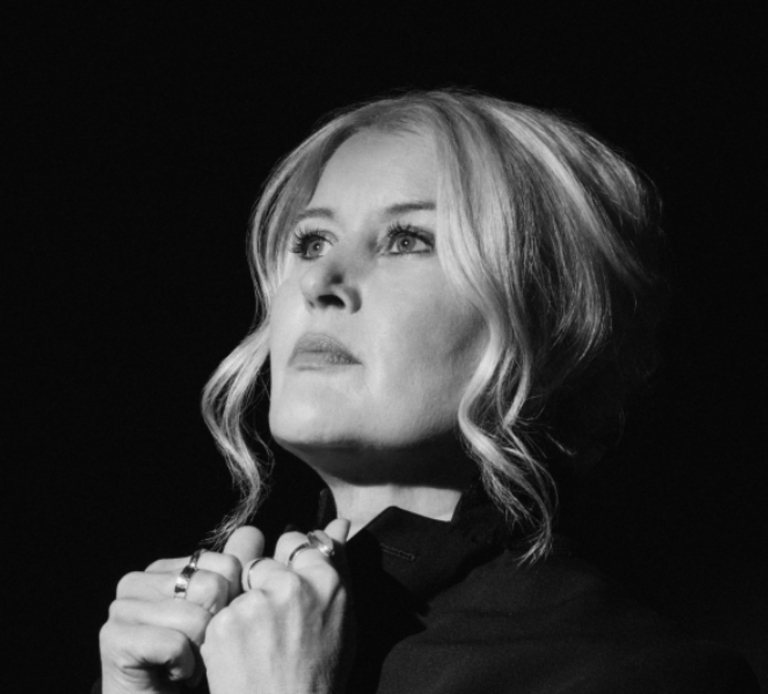 In her latest studio offering “American Quilt,” Cole applies a natural insight to American history and musical roots traditions by interpreting a selection of classic songs, where each tune provides an entry point for rediscovering the overlooked stories and figures that populate America’s interwoven cultural lineage.

On the song selection process for the new album, Cole said, “This was a very intuitive album and it came together over years. It starts with honoring my roots, my past, and my father, who was a polka musician and a beautiful renaissance man. He pivoted and ended up going into science to feed the family. My father was important to me and I learned that music was fun, self-made, and without classification. That is where I am coming from, I span a lot of genres so it has been difficult to classify me.”

“I chose songs based on honoring the masters associated with them. I am bowing to these masters that I love so dearly,” she added. “This album is a quilt and a reflection of America’s diversity, and that’s what prompted me to write the one original song on the album. The quilt is the perfect metaphor for that.”

At the time being, she listed “Wayfaring Stranger” as her personal favorite song on the collection since Cole is able to tip her hat to Emmylou Harris. “Emmylou is a friend and she helped me in my life and my career, especially in a pivotal moment when I wanted to leave the music business. I love her very dearly and I associate the song with her,” she said.

Cole made music history when she became the first woman nominated for “Producer of the Year” at the 1997 Grammy Awards with any other collaborators. She went on to earn a total of seven Grammy nominations that year and she won the coveted “Best New Artist” Grammy Award.

Her critically-acclaimed seminal album, “This Fire,” featured the smash singles “Where Have All the Cowboys Gone?” and “I Don’t Want to Wait,” which subsequently became the theme song for the hit TV series Dawson’s Creek.

On being an artist in the digital age, Cole said, “There is definitely less income but there is a lot more freedom. Now, BMG is licensing this album for a few years. I am still my own record company and I like that freedom a lot.”

Regarding the title of the current chapter of her life, Cole responded, “Self-Portrait.” “All of my albums are series of portraits. Right now, I feel like I am creatively burgeoning and I feel like I want to write and be autobiographical again like a self-portrait,” she said.

She serves as a visiting scholar at Berklee College of Music, where Cole tells all of her female students to “start thinking as a producer, think about how you want the whole track to sound,” and she is encouraging them to be a voice. “I love that place, it’s a community and a family to me. It’s my alma mater,” she said. “It has been inspiring and educational. The students teach me more than I teach them, I learn so much from them, and I feel connected to a younger generation, and that’s hopeful. It has been a beautiful experience.”

Cole defined the word success as “leaving love behind in your lifetime, and making the world a better place day-to-day. No Grammy Awards are going to keep you company when you are a grandma. It’s about the legacy you leave behind, that’s success.”

“American Quilt” is available on digital service providers by clicking here. “Our diversity is our strength,” she concluded about her latest album. “We are diverse and that’s beautiful. We are a human family.”

In this article:Album, American Quilt, Artist, Grammy, i don't want to wait