“I am doing well,” he said amid the Coronavirus (COVID-19) pandemic. “I am doing as good as can be expected. I am very grateful for the situation that I am in.”

On the idea to do Misguided, he said, “It came about after I did a storytelling show called Mortified. I read all these letters that I wrote to the powers that be at Guiding Light, and then I wrote a book about it with a literary agent who recommended that I create content, that way people know who I am, and they can go and buy the book. I know a lot about soap operas so I decided to make my own soap-based web series. I asked several of my friends who have been in soaps to be in it, and that’s how I got it started.”

“I enjoyed wearing a lot of different hats,” he said. “I grew up wanting to be an actor. I really enjoyed trying out the producing aspect of it and the writing.”

In the third season of the series, Emmy winner Cynthia Watros played a guest role as Anne. “I love Cynthia. It was a dream come true to have her as part of my cast,” he said.

This year, Misguided earned two Indie Series Award nominations for Jackie Zeman and for Cynthia Watros for “Best Supporting Actress in a Drama” and or “Best Guest Actress in a Drama” respectively. “I am excited,” he admitted. “This is Jackie’s second time being nominated,” he said.

He described Jean Carol and Jackie Zeman as two “soap opera legends.” “They are both so amazing, so to work with two legends like that was pretty remarkable,” he said.

For Gosselin, it was also a “joy” to work with Ivet Corvea as Breeze, who is the casting director on the series. He also complimented actor Christopher Robert Smith for being a “nice catch” as Bauer McBride. “Christopher was lovely as Bauer,” he said.

Gosselin is thrilled that his series is in the running (pre-nominated) for the 2020 Daytime Emmy Award in the “Outstanding Digital Drama Series.” “That was a dream come true,” he said. “To see all of these shows that I’ve seen all these years, and there is such great content on there. The fact that my show Misguided is considered alongside them is so cool.”

He is also looking forward to the fourth season of Misguided, though he doesn’t know for such when that will happen, as everybody is quarantined due to the COVID-19 pandemic.

The first episode in the third season of Misguided may be seen below:

For fans and viewers of the show, he concluded, “I am so thankful that people are watching it, and they have responded so positively to the show. It means a lot to me. It’s definitely a part of my journey. I literally left New York City because Guiding Light was canceled so I decided to give Los Angeles a try, and it has been kind to me creatively and Misguided has been a huge part of that.”

To learn more about Paul Gosselin and to check out the episodes in the Misguided digital series, check out his official website. 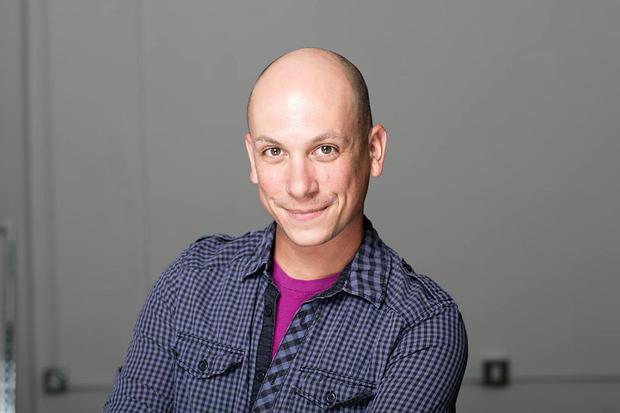