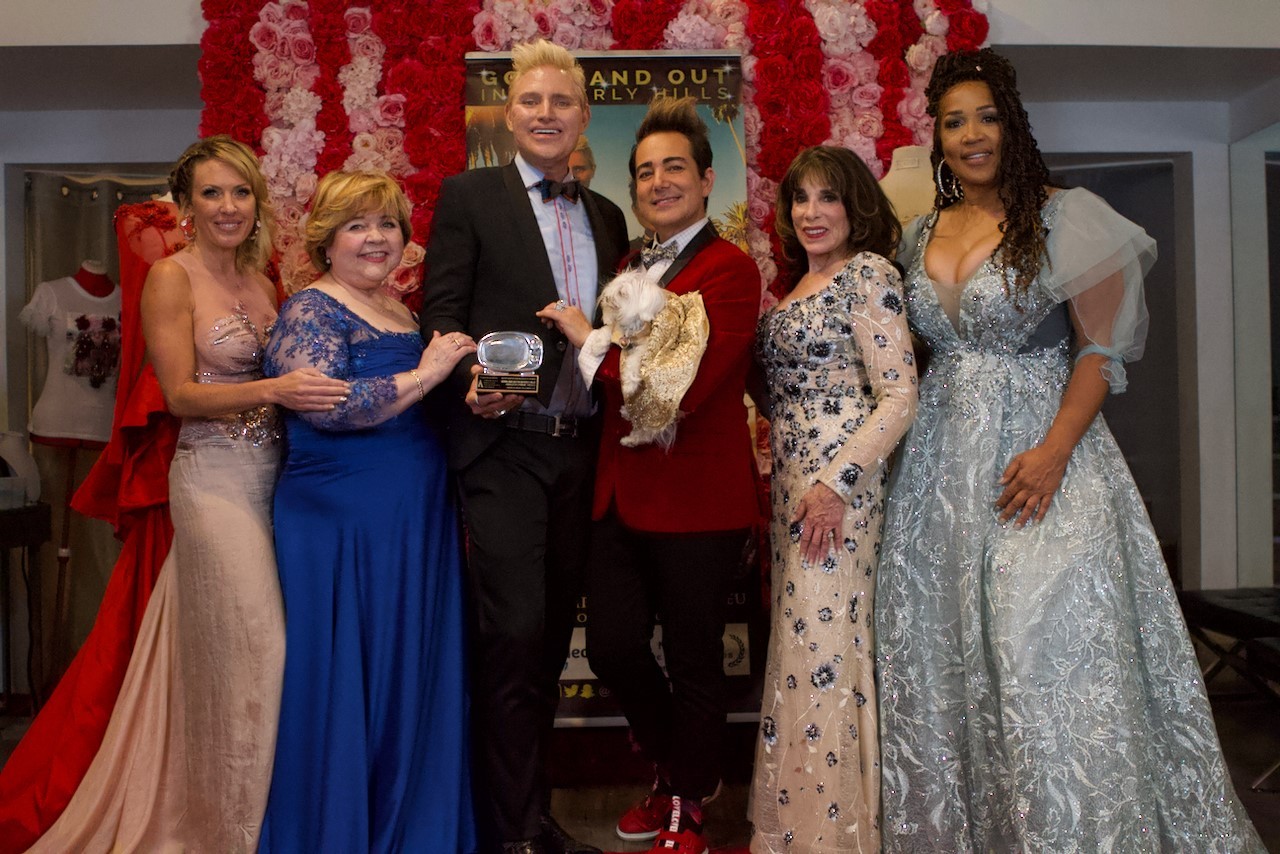 Patrik Simpson, the executive producer of “Gown and Out in Beverly Hills,” chatted with Digital Journal’s Markos Papadatos about their recent win for “Outstanding Digital Reality Series” at the American Reality Television Awards.

“‘Gown and Out in Beverly Hills’ is the official ‘American Reality Television Awards’ winner for  ‘Outstanding Digital Reality Series’,” he said. “It’s a very prestigious win for us because there are no exclusive reality award shows except for ARTAS. I really feel like reality TV awards and recognitions are overlooked in most television award ceremonies. So, it’s an honor to win this and shows our hard work is paying off.”

On his plans for the future, Simpson revealed, “The future is amazing! We are currently shooting our third season of ‘Gown and Out in Beverly Hills’ and we have some really fun and interesting guests upcoming like Adrienne Maloof, Brandi Glanville, Silky Ganache, Porscha Coleman, Nikki Haskell, and so many others. We spend more time outside of our boutique and focus a lot more on our personal lives.”

“This season we will feature my facelift and lip lift with the late Dr. Payman Simoni, who passed from covid after a female patient coughed on him during the procedure. We actually have dedicated the episode to his memory. In a first-ever on national television, both myself and Pol’ (as a gay couple) have Dr. Saul Lahijani perform liposuction procedures on us. Bettercallsaulmd as he is known on Instagram was the best friend of the late Dr. Simoni, so it’s really a nice tribute to him personally and we film with Dr. Simoni’s daughter, Ariella. We also filmed with the late, Mary Wilson, from The Supremes and included a special tribute at the end to her legacy. It will be a season full of laughs and tears and I am so excited to release on Amazon Prime Video at the end of the year, just in time to submit for consideration to the Daytime Emmy Awards,” he elaborated.

For fans and supporters, Simpson remarked, “The fans and the people that watch our show and support us professionally and personally are amazing! We thank all of them for tuning in and having fun alongside us.”

“We created this show to give the world an insight into our lives in the boutique and look into the creative process of designing and creating fabulous custom couture gowns. We just launched a Jeans line with our celebrity partners, the Ochoa Boyz and singer/songwriter, El-Jay, and our 3D custom T-shirt line with Disney Star, Ava Kolker, called Ava by Pol’ Atteu just went live for sale on Walmart. We have more celebrity collaborations upcoming and lots more to come so stay tuned,” he concluded.

“Gown and Out in Beverly Hills” is available for streaming on Amazon Prime Video.

In this article:Digital, executive producer, Gown and Out in Beverly Hills, Patrik Simpson, reality, Series