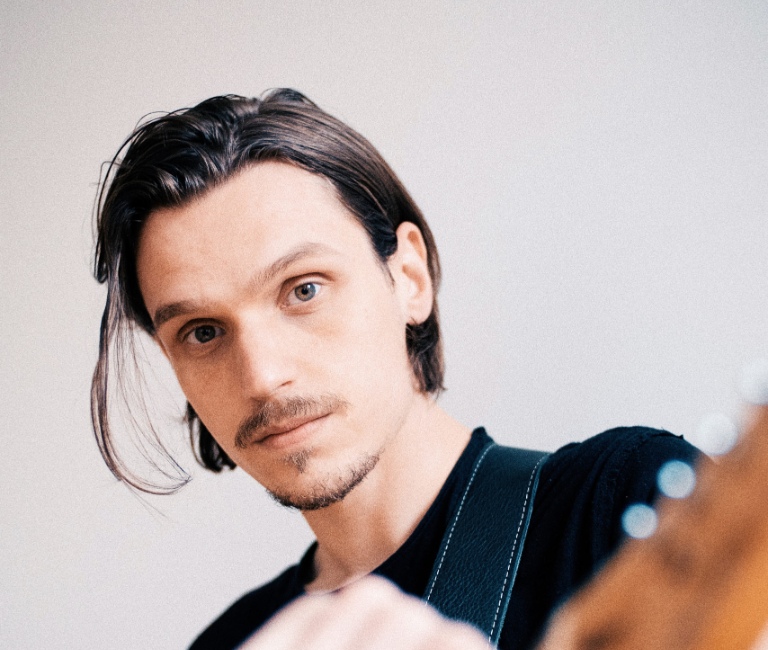 Rising artist Patrick Droney chatted about his latest collection “State of the Heart (The Deluxe Edition)” and the digital age.

He moved to LA and signed a publishing deal, and in 2018 relocated to Nashville to craft a self-titled EP, also making his TV debut on Late Night with Seth Meyers, performing at Barclays Center for Tidal X, and seeing his song “High Hope” featured on Grey’s Anatomy.

After signing to Warner Records back in 2019, he appeared at Bonnaroo and ACL, collaborated with Kygo, and has performed live on Colbert, and the Kelly Clarkson Show, and recently reached the 90 million streams milestone.

To craft his full-length debut, Droney pulled inspiration from his life experiences living in multiple places around the country with nods to both his musical heroes and current influences like The National and Bon Iver.

With a résumé that reads like a dream, and after extensive touring and playing onstage with some of the all-time legends of blues, pop, rock, and soul, Droney’s “State of the Heart” released in May 2021 with a deluxe edition featuring five new recordings is available now.

“‘State of the Heart (The Deluxe Edition)’ is a 20-song record dissecting the human condition through the lens of my experience,” he said. “I hope the stories collide with my listeners’ stories and in that way we can have a collective conversation.”

Regarding his music and songwriting inspirations, Droney said, “I’m most inspired by the human condition and that way that it connects us all. I try to write my story as authentically and specifically as I can and in that way it becomes more universal. It’s a beautiful thing.

On being an artist in the digital age, Droney said, “As an artist, it’s my responsibility to lean into the times in which I’m called to create. No matter how the consumption of that art shifts, which ultimately it will never stop doing, artists need to be steadfast in the creation and find ways to connect.”

“There are more ways to connect than ever which is my optimistic point of view. The trick is to make a lasting impression and to remember the importance of creating a body of work. Everything moves fast but the art can still be made with care and intention,” he elaborated.

For young and aspiring artists, he encouraged them to “be honest. “Write your story authentically. Have patience in the process – the destination is the journey itself.

On his dream duet choices in music, Droney responded, “There are so many incredible artists making compelling music today. I’d love to collaborate with David Gray and Leon Bridges.”

“State of the Heart (The Deluxe Edition)” is available on digital service providers by clicking here.