The story of how their sub-culture came to be is chronicled in the original feature film, Parrot Heads, which is peaked at No. 1 on Amazon for documentary in the Music and Concert video categories in their first week of release.

The documentary was directed by Bryce Wagoner, and it features the birth of the movement ever since, Scott Nickerson, a young musician decided to put an advertisement in a local newspaper for Jimmy Buffett fans to get together in the Atlanta area.

The movement began as a small group of friends that would hang out on weekends, and it has evolved into a global phenomenon known as “Parrot Heads In Paradise,” whose motto is to “party with a purpose”; moreover, the “Parrot Heads” have raised over 40 million dollars for charitable purposes. The project is distributed by Mailboat Records and Gravitas Ventures. 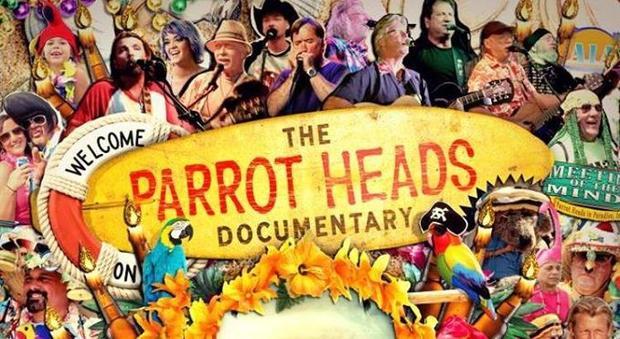 “Just to be able to do it, and to have people appreciate you that much as an audience, you can’t ask much more than that,” said Jimmy Buffett.

The multi-platinum recording artist noted that this movement is “pretty cool” and he extends his appreciation for his dedicated fan-base. “There is a lot more to it than that. But that is part of Mardi Gras,” the veteran music star said.

The documentary features some rare interviews with Jimmy Buffett himself. In addition, a soundtrack from the film will be released in the next few weeks, which will include an exclusive track from Jimmy Buffett, as well as more original songs.

The Parrot Heads documentary is available on Amazon.