Consider it a crime story filled with greed, deception, and insider political drama. Casino Jack tells the fast-paced story of well-known lobbyist Jack Abramoff, who sold “access” to some of the most influential Congressmen in the U.S. We all know how this story ended — Abramoff was convicted for fraud, corruption and conspiracy, serving time in prison and bringing down the politicians around him, such as Tom DeLay and Bob Ney.

In Casino Jack, Spacey plays Abramoff, perfectly embodying the cocky confidence oozing out of the super-lobbyist. Right from the opening scene, Abramoff gloats about his influence and even his workout regime, while pumping himself up with a motivational speech in front of a mirror. We’re instantly drawn to Abramoff’s outlandish personality, especially during his first few interactions with his wife (Kelly Preston).

In order to gain a foothold in Washington, Abramoff builds his gambling empire by taking funds raised by his lobbying group and persuading the US Congress to intimidate a South Florida operator of Indian casinos so that he can move in on their license. He and his associate Mike Scanlon (Barry Pepper) take retainer money under the table after they convince Indian casino managers to pay them to strongarm Congressmen such as DeLay. 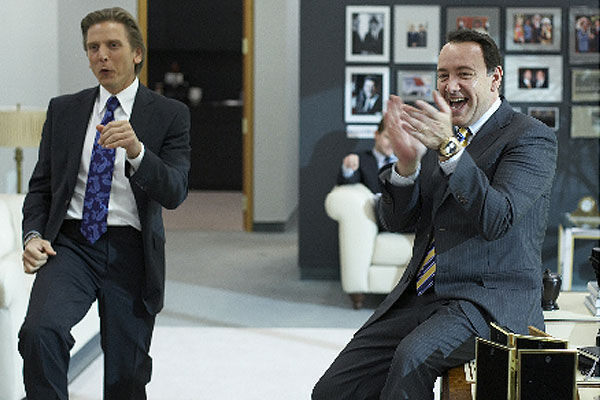 The film does a great job in highlighting the greed infecting Abramoff and company. He aspires to build restaurant and private schools and Zambonis, and flies private jets to take politicians on expensive vacations. Scanlon buys new houses and throws around money like it’s free. But to these lobbyists, the money is practically free when they bilk Native Americans all in the name of giving them access to Washington bigwigs.

The pacing is intense and tight, as we’re taken into Abramoff’s private life and then public world. His wife’s anxiety over unpaid mortgage payments blend well with flashy scenes of extravagance gone wild. The only thing we don’t see is how Abramoff’s children are affected by his actions, because they barely get any screen time in Casino Jack.

Director George Hickenlooper looks like he’s having fun giving Spacey room to show his range. In some scenes, Spacey uses muted intensity to indulge in fantasies about growing his empire. In scenes when the FBI and journalists start poking around his shady business deals, Spacey goes ballistic, his eyes and snarls saying more than his words. If Spacey isn’t nominated for Best Actor in this year’s Oscars, the Academy should rethink their selection process. 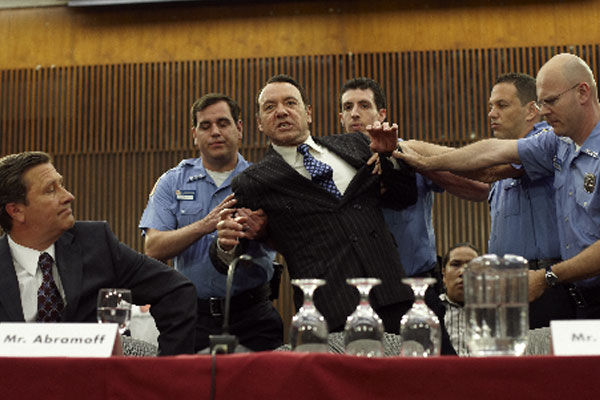 Pepper does a fantastic job playing the scheming Scanlon, bringing a youthful energy to Abramoff’s more paternal position. Comedian Jon Lovitz makes a comeback as Adam Kidan, a Mob-linked businessman who becomes one of the catalysts in Abramoff’s downfall. It’s hard to take Lovitz seriously, considering his past roles, but all he had to do was whine and complain, which isn’t a stretch for Lovitz.

If you’ve ever been curious about Washington’s underbelly, Casino Jack is ideal to learn how lobbying is a dirty American secret (and it’s not so secret if you saw the doc about Abramoff, Casino Jack and the United States of Money). If you want to see talented actors such as Spacey taking the reigns of these real-life characters, this film is worth your attention.

Casino Jack is due for a worldwide release in December 2010.

From now until Sept. 18, DigitalJournal.com will review select films debuting at the Toronto International Film Fest (TIFF), from major hits to foreign flicks.