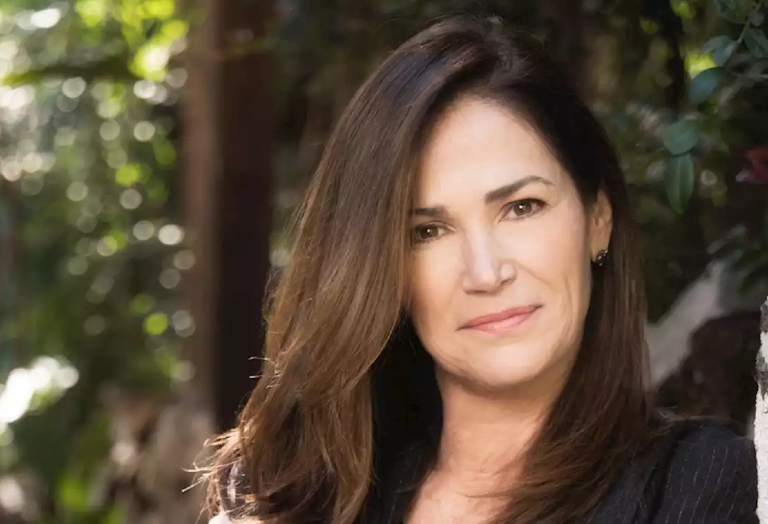 Acclaimed actress Kim Delaney is up for a 2021 Daytime Emmy Award for her acting work in “General Hospital,” and rightfully so. She ought to walk away with the Daytime Emmy trophy come June 25.

She is already a Primetime Emmy Award winner for her stellar portrayal of Diane Russell in the TV series “NYPD,” but this marks her second career Daytime Emmy nomination in the daytime TV realm. Delaney was previously nominated for “Outstanding Actress in a Supporting Role in a Drama Series” for her work in “All My Children.”

She portrays Jackie Templeton in “General Hospital,” a role that was originated by Demi Moore in the early ’80s. She is nominated for the Daytime Emmy for “Outstanding Guest Performer in a Drama Series.”

Delaney deserves to be commended for making the character of Jackie original and unique, and full of life; moreover, Delaney is able to introduce Jackie to a younger generation of fans in a refreshing manner, while bringing out her character’s strength, sass, intelligence, and strong will.

Ever since Delaney took on this complex character, she has nailed it, and Delaney’s acting on the show runs the gamut, and it allows her to showcase her wide and dynamic range as an actress but most importantly, as a storyteller. There is a rawness and authenticity to her acting, and that resonates with viewers and longtime fans. She plays a character that the public wants to root for, and compliments to the show’s writers for writing material for her that is sincere and compelling.

Kim Delaney is so versatile, and she has good chemistry with any actor that she is paired with on the show as her scene partner(s). It has been great to see her as the pillar of her family, especially as the mother of heartthrob Detective Harrison Chase (Josh Swickard). She exudes vibrancy and charisma each time the television lens captures her.

Jackie Templeton is a noteworthy character in “General Hospital,” and that’s because Delaney makes her so resonant, relevant, and remarkable. One of the biggest blessings of 2020 was the show adding Delaney to its all-star cast of gifted actors. She is the epitome of class and grace.

For all of these reasons and more, the inimitable Kim Delaney deserves to win the 2021 Daytime Emmy Award for playing Jackie Templeton on “General Hospital.” She is long overdue to be recognized in the daytime TV world. Simply put, Kim Delaney is a performer that can do it all… theater, primetime, daytime, crime drama, and comedy, among other genres, thus proving that she is one of the greatest character actresses of our generation.