This show was a part of their 10th-anniversary tour, and it earned a glowing review from Digital Journal, and rightfully so. It was hailed as “mesmerizing” and it complimented the trio’s “ethereal vocals.”

Their audience at the historic Radio City Music Hall was in awe of their talent, and their band and orchestra were both comprised of talented musicians. The trio’s vocals were expressive, resonant, and harking. Il Volo is worth seeing live each time they come to town. Whoever has yet to see them is truly missing out. They are definitely something to look forward to in the future once things start getting back to normal after the pandemic.

Some of the highlight vocals that they performed that evening included “Nessun Dorma,” “Granada,” “Memory,” “Bridge Over Troubled Water,” Frank Sinatra’s “My Way,” as well as Billy Joel’s “She’s Always a Woman” and “‘O Sole Mio.” They were able to take their New York audience on a journey through time with their music.

For more information on Il Volo and their music, check out their official homepage and their Facebook page.

Read More: Digital Journal’s Markos Papadatos chatted with Il Volo back in the winter of 2020. 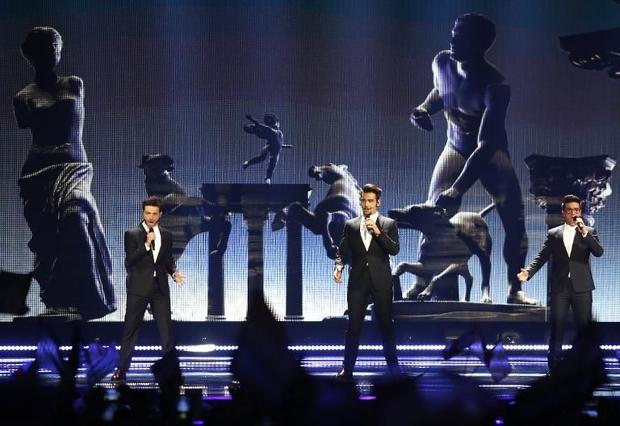