Prequels usually fall flat. Just ask George Lucas. But with the Halo gaming franchise, developer Bungie scores with a winner because Halo: Reach is the prequel all gamers have anticipated — the action doesn’t relent, the storyline keeps you intrigued and the new weapons and vehicles never cease to drop some jaws.

The plot of Reach happen in 2552 before the start of the Halo trilogy (Halo: CE, Halo 2, Halo 3). The United Nations Space Command (UNSC) is fighting the alien race the Covenant, resulting in an explosive battle for the future of Planet Reach.

You play as Noble 6, a member of the Spartan tactical group Noble Team, so you’re not Master Chief in this first-person shooter, like in the other Halo games. The game begins with Noble Team investigating a downed relay outpost on Reach, only to find Covenant have found their way on the planet. You’re joined by a cast of well-developed characters, and as the scenes progress you begin to learn more about each soldier’s motivation and background. 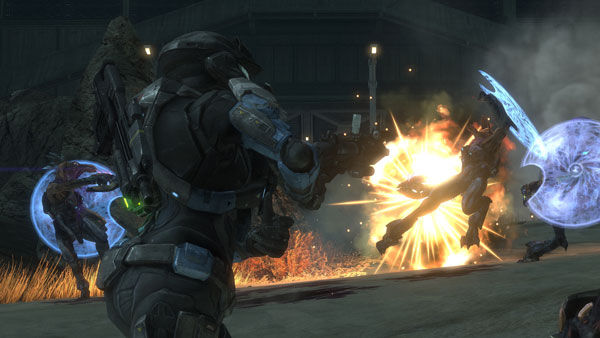 The gameplay really makes Reach a truly enjoyable ride. You’re outfitted at first with the usual weapons, but you can soon spot the small differences. The Magnum wins its scope back and some single-use Equipment from Halo 3 becomes reusable and swappable Armor Abilities for Reach. Nothing like getting Equipment such as Hologram so a replica Noble 6 fools enemies in the battlefield.

The combat strategies make you think beyond just blasting enemies willy nilly. Do you lob grenades from a distance or move in close for a sneak assassination attack? Do you find a Needler weapon to get rid of pesky Covenant hordes or do you try to look for a sniper rifle to headshot them from behind cover? It’s impressive how many options are available, making every mission a tactical question.

In Reach, the enemies are a lot smarter than in previous Halo games. They jump from side to side even quicker so you can’t get a clean shot every time. They come after you in packs, including suicide-bombers eerily reminiscent of Middle East attacks.

It can be frustrating at first to keep dying at the hands of these crafty hordes but players can’t complain Halo: Reach is too easy. And you can’t rely on your Noble Team to bail you out every time you’re cornered by slobbering monsters. 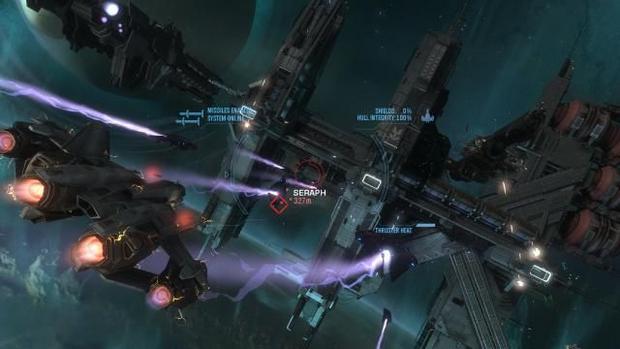 In Halo: Reach, one level lets you take control of a spaceship to battle enemies
Courtesy Microsoft

What’s especially thrilling is a level where Noble 6 takes control of a Sabre ship and launches into space to shoot missiles at combat ships. Where was this in other Halo games?! This level is top-notch fun and varies the pace and visuals for a game that primarily takes place on roads, valleys and buildings. Just be prepared to dip and flip out of hairy situations while careening in space.

What about multiplayer? Reach ups the multiplayer ante by expanding its ranking system and credits — players earn credits to customize their characters in order to add extra incentive to continue their multiplayer missions.

Reach topped $200 million in sales on its first day for good reason: the gameplay has no discernible flaws, the storyline is tight and fascinating and you won’t be passing this game in one sitting. If Bungie truly ends its Halo franchise with Reach, it’s leaving on the highest note possible.