was an epicenter for a California rock and roll sound that attracted thousands. “When I heard about it, said Kathy Ostram, I was sad, that is why I made a post to Facebook,” she said. Andrew’s passing on Feb. 12 of complications due to a heart condition had many who remember that era making phone calls and sending out emails. Steve Keyser of San Rafael, posted his thoughts saying, “I first met Sam Andrew in 1987 when the newly reunited original Big Brother & The Holding Company asked me to be their manager.” He described Andrew as, “personable, intelligent, handsome and very talented. A true treasure, and a very special Big Brother.”

Ostram agreed as she said, “I had a big crush on Sam. In fact, she added I had a crush on many of the musicians, like Jorma Kaukonan; as me and my now husband Steve were friendly with many of the musicians who were around at the time.” Ostram who’s maiden name was Bramwell back in the late 1960’s was a college newspaper reporter, earning her Bachelor’s degree. In her post on Facebook Ostram wrote, “I first saw Big Brother and the Holding Company on Halloween in a basement hall in San Francisco with Quicksilver in 1965. Then, again at The Avalon and had dinner with them at the Smorgasbord restaurant at Monterey Pop. Sam was so gracious and granted me an interview for the paper at SF State University. I’m so sad and wish he could have stayed longer.”

The Rolling Stone reported that Andrew was born in the town of Taft, in the Central Valley of California, in 1941 to a military family. While his family was stationed in Okinawa, Japan, he had his own band and hosted a local rock & roll TV show. Senior writer for Rolling Stone, David Fricke said, “his early writing for Big Brother produced two of their live signatures,”Call on Me” in 1967’s Big Brother and the Holding Company and “Combination of the Two” on the 1968 best-seller, Cheap Thrills.” 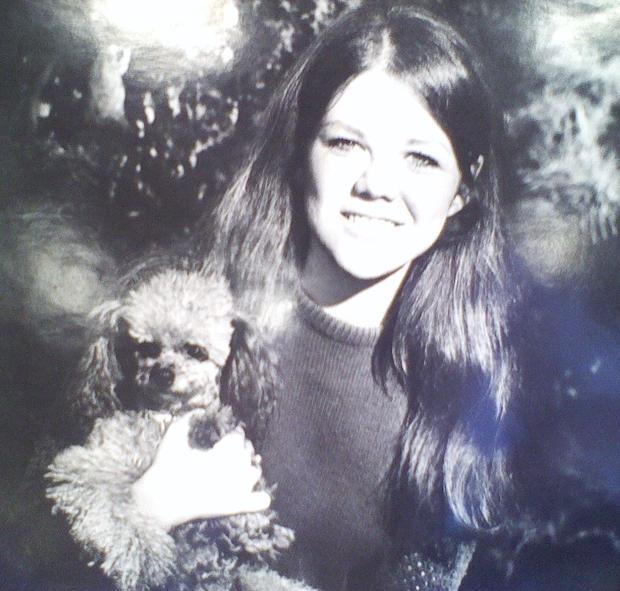 This was Kathy with her toy poodle “Demi” (that is short for demitasse, not Demi Moore). Photo was taken in Golden Gate Park and this was when she was a Journalism major at San Francisco State University, circa 1967 to 1969.
Courtesy of Kathy Ostram

The Marin Independent in its obit-tribute noted that Andrew was not only the founder of the group but that he was “the heart-throb.” And, that Andrew’s guitar work on the song “Summertime” in which singer Janis Joplin stretches out the lyrics with her unique blues-style-rock-and-roll voice, was listed as one of the greatest psychedelic guitar solos. Along with The Grateful Dead, said the Marin IJ, the Jefferson Airplane and Quicksilver Messenger Service, Big Brother, with its psychedelic blend of blues, rock and folk influences, became one of the most famous and successful exponents of what became known worldwide in the 1960s as the San Francisco Sound.

Ostram took some extra time on Thursday evening to chat with this reporter. She had talked before about her San Francisco days in an article that appeared in Digital Journal last year. Her eagerness to talk about those days this past Thursday, was dimmed only slightly when she recalled, “all the stuff I saved from those days, the article clippings, the flyers and posters from the Fillmore West and all the record albums I had, they’re gone.” Lost somewhere in an in-law’s basement or closet to store while her and Steve had to travel for work and a new life as newlyweds. “I gave all that stuff to my sister-in-law and she packed it away somewhere but she claims she doesn’t remember.”

Not to cry in her beer, or rather for that evening, a margarita at Mary’s Pizza Shack in Sonoma, the reminiscing brought out a bit of melancholy. 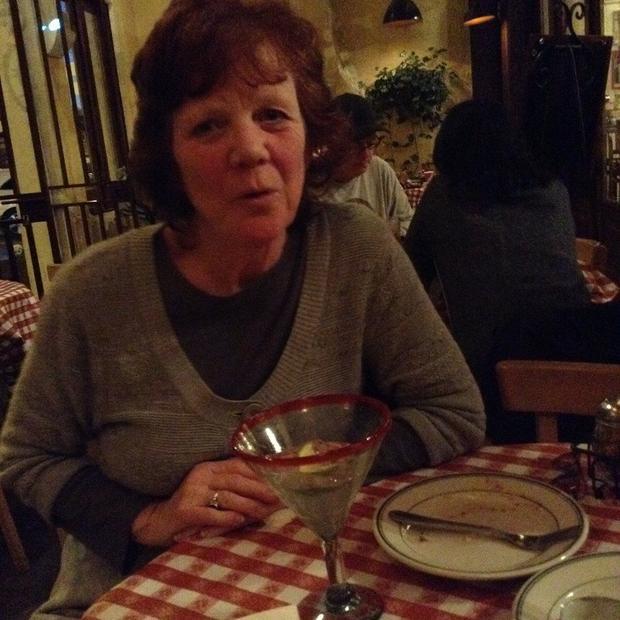 Kathy Ostram talked about her recollections of guitarist Sam Andrew while at Mary’s Pizza Shack on the plaza in Sonoma. Many of her memories of that time, were when San Francisco was filled with the sounds of the rock and roll music that attracted thousands to the City.
Jonathan Farrell

Ostram mentioned a San Francisco that was much different than what is seen today, with its multi-million dollar homes and sky high rents. Living in the City in those days was simple, affordable, easy-going and fun, especially if one loved music and the spirit that was the 1960’s. There was no high-tech, no fancy sound system, big screens to enhance the viewing experience, just the music. Well, maybe a light show now and then. And, yeah there was drugs, but it really was about the music.

Sonoma is where she, Steve and their two grown sons now live. With a grandchild just recently christened, Ostram has settled into semi-retirement, working part time to help pay bills and save a bit for the new granddaughter. But she still visits the City now and again. “It is hard to explain she said, that was such a special time in my life. I think it was a special time in the lives of many of my generation. Sam’s death really got to me.”

For Ostram and others who lived through those days, it was a magic time. “I was there, I met so many of the legends. Yes, I met Janis Joplin, she was a very real person, said Ostram. “Superlatives, profanity and all, she really was a-one-of-a-kind type of person. She could hang out with the guys, holding her own. But she also had a soft side and had a sense of style and glamour, the feather boa, jewelry, the heels, really that was true.”
Over the past decade or so, Joplin’s legend has grown and renewed interest in her has flourished. Andrew was musical director of “Love Janis,” a stage show about the late singer’s life and spirit based on a book of the same name by her sister, Laura.

While Joplin was always unquestionably the star as lead singer, Andrew told the Marin IJ in a previous interview he wished he had not been so agreeable with Joplin’s decision to leave Big Brother and form a new band. “In retrospect, I wish I had been stronger with Janis,” he said. “I think there is every possibility that she’d be alive today if she hadn’t left Big Brother when she did. Because when she got away from the band, her moorings were cut loose and she started using a lot more drugs. It knocked her off balance. Janis had lost her family, in a way.”

Making note of how many Ostram met (in terms of legends) that are no longer around because of drug addiction and alcohol abuse. “Jimi is gone, Janis is gone, she said, Jim Morrison of The Doors is gone.” But the music they left behind is great. And, I am so thankful, said Ostram, I was able to be there to hear it and see it live in person.”

Ostram laughed a bit when she mentioned the price of admission to a typical concert in those days. “You know because I was on the college paper and Steve worked for Bill Graham at Fillmore West we got admission passes all the time. But guess how much it cost to get in, $2.50. Can you believe it!”

Realizing the specialness of those days, “I tried to go to as many concerts and backstage gatherings as I could,” she said. “We will never see anything like that again.” “Live life as much as you can, she added, time goes by so fast.”

The Marin IJ reported that Andrew was 73 when he died. Two months ago he had undergone heart surgery after suffering his first heart-attack. He is survived by his wife, Elise Piliwale, and a daughter, Mari Andrew, from a previous marriage. A public memorial is being planned. Memorial contributions may be made to the Sam Andrew Medical Expense and Memorial web page at YouCaring.com