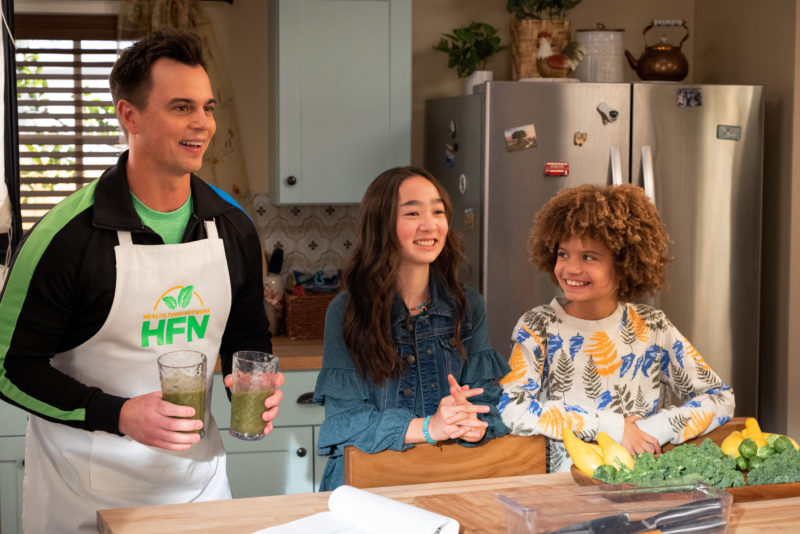 “Amber Brown” on Apple TV+ is one of the greatest family series of 2022 thus far.

The witty show is based on the popular children’s book series “Amber Brown” by Paula Danziger. It was created, written, and directed by Bonnie Hunt, who also served as one of its co-executive producers.

The cast of actors includes Carsyn Rose in the protagonist role of Amber Brown, Sarah Drew (“Grey’s Anatomy”) as Amber’s mother Sarah Brown, Emmy winner Darin Brooks as Max, Ashley Williams as Aunt Pam, Michael Yo as Philip, and Liliana Inouye as Brandi. Everybody was extraordinary in their own right, and they were made to be a part of this series. It has a lot of heart to it.

Amber (Carsyn Rose) starts middle school without her best friend, Justin, but she is all the more grateful for her new friend and neighbor Brandi (Liliana Inouye).

It helps provide a pleasant escape and it is the quintessential show to watch with the whole family. There is something in it for everybody, and the values that it teaches are impeccable.

In addition, the illustrations throughout this series are whimsical, creative, and artistic.

Hopefully, there is a lot more where that came from, and there will be more episodes in the future for fans and viewers to enjoy.

For more information on “Amber Brown,” check out the official Apple TV+ website.