Grahn noted that she likes “everything” about her character Alexis. “I don’t always like what my character is asked to do, but generally, I’m well taken care of. I dig Alexis,” she said.

When asked what motivates her each day as an actress, Grahn responded, “My love of being one, getting to do what I love every day, and getting paid for it. It’s a win-win-win.”

Throughout her illustrious career in acting, Grahn is the recipient of two Daytime Emmy awards. In 1989, she won for her work in Santa Barbara, and in 2012, she won for General Hospital. “That was lovely,” she admitted.

For aspiring actors, she said, “Go to school and learn your craft and try Chicago. It’s a great place to get started.”

One of the daily challenges that actors undertake, especially in the daytime world, is memorizing dialogue, which can span anywhere from 25 to 80 pages of script. “Typically it’s not more than 30, but I have had 80 [pages]. It’s a muscle in your brain that gets a lot of exercise. I have great short term memory but ask me what I did yesterday and it’s another story,” she explained.

Regarding her plans for 2019, the actress said, “Loving my girl, my man, getting all my writing done; moreover, being healthy, and happy and spreading joy when I’m not screaming at the TV and tweet ranting about the ‘Crime Boss’ in our Oval Office and his band sycophants in the Senate.”

On the key to longevity in the acting and entertainment business, Grahn said, “Get on a soap and learn how to be good at it. I’ve had this job for 22 years and my character is still relevant. That can only happen in daytime television. The smartest decision I ever made was to stay put in the longest-running medium with the most loyal audience and where I feel appreciated. I still love what I do.”

Grahn revealed that she works with nonprofit organizations that are dear to her heart. “I have been involved in many charities and sat on the board of some. I was raised to do for others and volunteer my time and give voice to those who need it. I feel it is my obligation to use my soapbox, which I consider a privilege,” she said.

On the impact of technology on the entertainment business, especially with streaming services, Grahn said, “Technology has expanded content and choice. Unfortunately, it isn’t free which makes access to it inequitable. That’s unfortunate. It does however provide more opportunity for creatives. The downside to that is it also gluts the market where there are so many choices, getting your project into the light might be harder.”

Grahn defined the word success as “manifestations fulfilled.” “I love when I dream up my life and it manifests. That is the ultimate success for me,” she said.

On February 9 and 10, 2019, Grahn will host two fan events in the penthouse suite at the Green Valley Ranch in Henderson, Nevada. These events will include food and drinks, question and answer sessions, as well as photo and autograph opportunities. For more information on these two fan events in Nevada, check out her official website.

For her dedicated General Hospital fans and supporters, she said, “I see you. Always have, always will. I give, you receive and give back and I receive that and give back, and so it goes. We are a team.” 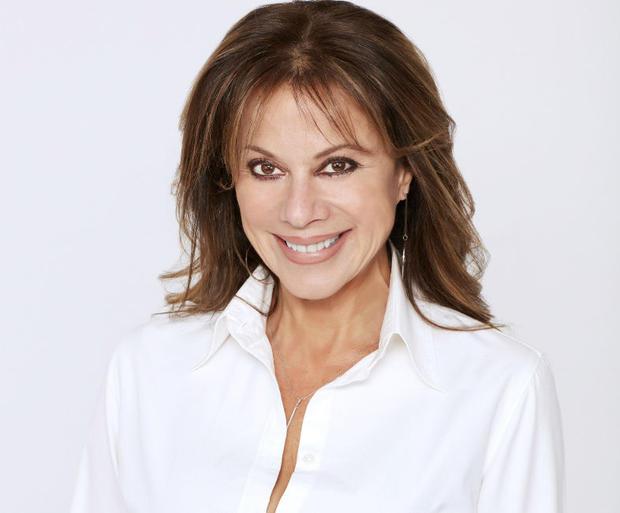