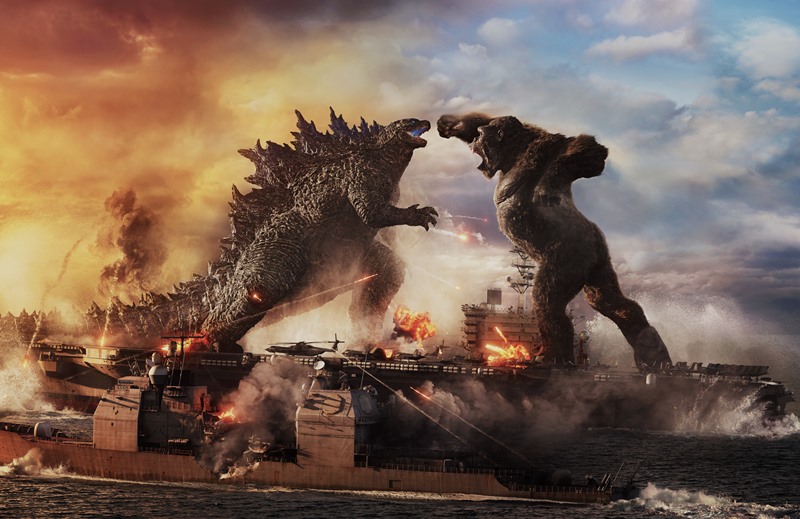 This week’s releases include a battle between two formidable weapons of mass destruction; grandparents whose grief take them down a dark road; a would-be basketball star hit with one an endless stream of obstacles; and a cult that serves an ancient water god.

Anything for Jackson (Blu-ray)

After a tragic car accident that took their grandson’s life, Audrey (Sheila McCarthy) and Henry (Julian Richings) are unable to go on without him. Following the guidance of their ancient spell book, the elderly couple decide to abduct a young pregnant woman with the intention of performing a “reverse exorcism” to channel their grandson’s spirit inside her unborn child. But when it becomes clear the ritual called multiple spirits, the couple realize they summoned more than they bargained for and must put an end to the evil entity they invoked.

This is one of those odd movies in which almost all the main personalities are irredeemable. Audiences will likely side with the pregnant woman and wish for her escape, but they don’t have much opportunity to get to know her very well since she’s bound and often drugged. Consequently, she’s almost a periphery character in spite of being at the centre of the narrative. However, Audrey and Henry are Satanists deep into black magic, which creates a strange contrast between their homely demeanours and evil secrets… or perhaps they came to the Dark One in their desperate search to revive their grandson, as the extent of their devoutness is unclear. Either way, their novice spellcasting introduces a lot of creepy elements into their quiet home and results in the bloody deaths of several visitors. The apparitions range from disturbing (child in ghost costume) to horrific (everyone else), making each sighting spine-chilling. The horror story is executed very well, but the lack of engagement with the characters keeps it from being great.

There are no special features. (RLJE Films & Shudder)

The coming-of-age story of Alfred “Boogie” Chin (Taylor Takahashi), a basketball phenom living in Queens, New York, who dreams of one day playing in the NBA. While his parents pressure him to focus on earning a scholarship to an elite college, Boogie must find a way to navigate a new girlfriend, high school, on-court rivals and the burden of expectation.

Writer/director Eddie Huang first made a splash with the television series, Fresh Off the Boat, which was based on his book about his experiences of moving to and growing up in Orlando, FL. Just as that show centred on a Taiwanese-American family’s pursuit of the “American Dream,” Huang’s feature directorial debut depicts an Asian-American family struggling to balance Chinese values, bad tempers and prohibitive stereotypes. The film is bogged down by the narrative’s attempt to address so many aspects of their lives and culture, causing it to feel unfocused, clumsy and heavy-handed. Boogie is a good kid, but he’s very conflicted as every aspect of his life appears to be the source of a unique pressure. Scenes with a fortune teller are intertwined throughout the movie as Boogie’s parents inquired about the quality of their match and their future children’s prospects, both of which were predicted to be challenging, which, it turns out, is an understatement. There’s no picture-perfect ending, but Boogie gains a better understanding of himself in his own coming-of-age story.

Kong and his protectors undertake a perilous journey to find his true home, and with them is Jia, a young orphaned girl with whom he has formed a unique and powerful bond. But they unexpectedly find themselves in the path of an enraged Godzilla, cutting a swath of destruction across the globe. The epic clash between the two titans—instigated by unseen forces—is only the beginning of the mystery that lies deep within the core of the Earth.

There’s a major shift in audience loyalty in this film versus Godzilla: King of the Monsters, where Godzilla was humanity’s saviour against the invading Titans. Now, he emerges as an unstoppable force recklessly destroying cities and killing hundreds of innocent people. Thus, Kong becomes the world’s new champion, as his ability to convey his emotions and his longing for home humanize him. Though both creatures have significant destructive power, it’s not really a fair fight when you factor in Godzilla’s ability to swim and breathe hot blue fire. Therefore, as audiences take sides, so does the military presence that steps in with some extra firepower when Kong seems outmatched. The inevitable battle in a major city leads to mass destruction and loss of life as the two monsters take out every skyscraper in the vicinity. However, part of watching these films is ignoring the tragedy and enjoying the mayhem. While the visuals are incredible and the Titans ever-impressive, there is something lacking from the giant monster movie. Unfortunately, the need to weave an emotional thread throughout the narrative somewhat undermines the blockbuster battles and reduces the anticipated fun.

Special features include: commentary by director Adam Wingard; “Kong Discovers Hollow Earth”; “Kong Leaves Home”; “Behold Kong’s Temple”; “The Evolution of Kong, Eighth Wonder of the World”; “Godzilla Attacks”; “The Phenomenon of GŌJIRA, King of the Monsters”; “Round One: Battle at Sea”; “Round Two: One Will Fall”; “Titan Tag Team: The God and the King”; and “The Rise of MechaGodzilla.” (Warner Bros. Home Entertainment)

H.P. Lovecraft’s The Deep Ones (DVD)

A married couple rents a beachside cottage only to be surrounded by peculiar neighbors and strange occurrences. They soon discover themselves in the grips of a mysterious cult and their ancient sea god.

This low-budget creature feature centres on a small village that worships a humanoid-Cthulhu to which they make regular sacrifices. The couple is young and fashionable, using the getaway to try to repair their relationship after a rough patch. Unfortunately, their exceedingly friendly hosts don’t afford them a lot of alone time and the eccentric townsfolk go out of their way to get to know the couple better — it’s quite remarkable that the pair take it all in stride as most people wouldn’t have bothered unpacking. There isn’t a lot of subtlety in the residents’ enlistment strategies as they don’t seem to have much fear of outside interference, which allows them to conduct their strange business openly. With several monster sightings, lighting and camera angles are used to mask the crude effects, which work well based on what is revealed to be their limited props in the bonus features.