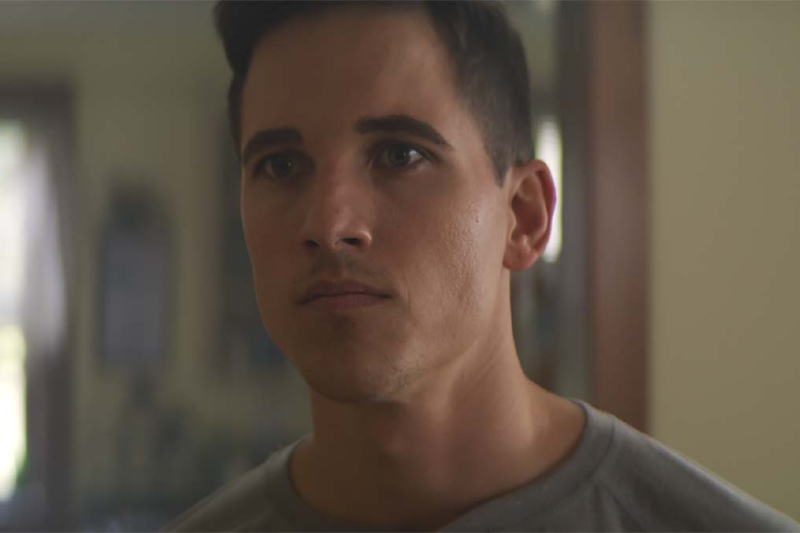 Emmy award-winning actor Mike Manning (“The Bay”) chatted with Digital Journal’s Markos Papadatos about the horror film “Slapface,” and “This Is Us.”

Manning stars in the thriller “Slapface,” which was written and directed by Jeremiah Kipp. It premiered on February 3, 2022, on Shudder, and it tackles such serious subjects as trauma, bullying, and grief. “Slapface has been a labor of love and I am so excited the world has it now,” he said. “The response has been really positive. I am appreciative that the fans of the movie are really understanding the anti-bullying element, and that was really important to us.”

“Of course, it’s a horror film and it’s a thriller, and it has the scares, but it also has a strong anti-bullying message. I am really happy that people are picking up on that,” Manning added.

“Slapface” garnered a favorable review from Digital Journal, where it was proclaimed as “riveting.”

He has been cast in the role of “The Manny” on the hit NBC primetime drama “This Is Us.” “It has been great,” he said. “To play a character like ‘The Manny’ has been great so far. Most of my scenes have been with Justin Hartley and he is such a nice guy, and he has done such a great job on the show. I respect him so much as an actor so working with him has been really fun. He is sort of passing on the torch.”

“Being a part of ‘This Is Us’ has been so exciting,” he exclaimed. “My parents have been proud of what I have done so far, but they have never been more excited for anything I’ve done than they are with ‘This Is Us,’ it’s their favorite show. They watch it every week and they love it so much.”

“The Manny has been a very fun character on ‘This Is Us.’ It’s a fun character and it’s a fun show. The response has been great so far. Get ready for more shirtless adventures in babysitting,” he said with a sweet laugh.

“The fans have been very supportive, they care about me as a person and as an actor, and that is very nice,” he added.

On the title of the current chapter of his life, Manning responded, “Entrepreneur.” “I have a few projects that I am working on that I am producing, and two of them I co-wrote. I am trying to really take charge of my career,” he said.

“Aside from being a part of other people’s stories, and I am trying to create my own stories as well,” he added.

If Manning were to write, direct, and produce his own short, he revealed that it would be “a film where somebody has superpowers.” “I’m obsessed with Superman and I love superheroes,” he admitted. “I’ve never gotten to play anyone on television with any superpower, so that would be what I would create for myself. I would really want to be a superhero.”

When asked what superpower he would have, if given the chance, he remarked, “Last night, I had a dream where I would fly. The seven-year-old me that decided he was ‘Superman’ has never changed, that part of my brain is still the same.”

On his definition of the word success, Manning said, “Doing your part to leave the world better than you found it with every relationship, every project, and every situation.”

“That’s what my grandfather used to say, he was an Eagle Scoutmaster so growing up, he would say ‘Mikey, leave everything better than you found it,’ whether it’s a relationship of a campsite, and I would tell him ‘okay, grandpa’,” he recalled.

In this article:Actor, Emmy, Horror, Mike Manning, Slapface, The Bay, this is us