DelGuidice is also a member of Billy Joel’s live band, where he plays rhythm guitar and sings backing vocals. On July 18, Joel celebrated his 100th lifetime show at the “World’s Most Famous Arena,” which is the record for the most sold-out shows by any artist in a single arena. “That was fantastic, exhilarating and pure energy,” DelGuidice said. “What a show. They went all out with all the technology. It was a proud moment for Billy Joel, and we were all proud of him. It was really special,” he exclaimed.

Most impressive was when “The Boss” Bruce Springsteen made a surprise appearance at Billy Joel’s 100th career show at Madison Square Garden, where Springsteen sang two songs with the “Piano Man.” “That was unbelievable. We rehearsed as a band, but we didn’t rehearse with Bruce. He came in like a fireball, and his energy filled the room. He has unbelievable energy,” DelGuidice said, complimenting Springsteen. 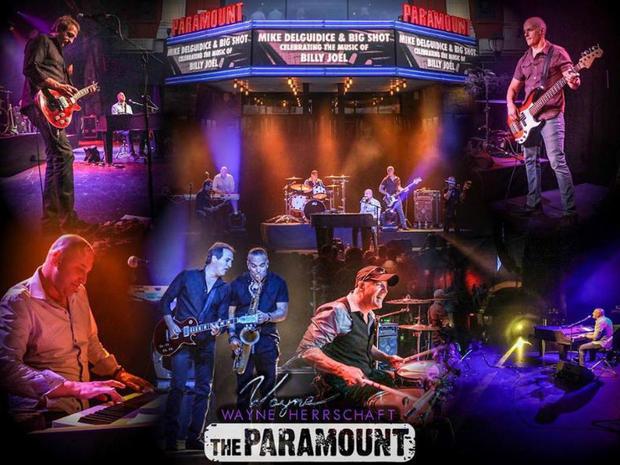 On August 4, DelGuidice is looking forward to his annual Luau at Mulcahy’s Pub and Concert Hall, which features a complimentary pig roast, drink specials and an opening acoustic set by Scarano and Smitty Music. “That’s always a fun one. They get to dress me up in stupid shirts, and take pictures, and they laugh at me,” he said, jokingly. “We will try to keep the crowd happy.”

In addition, DelGuidice complimented singer and multi-instrumentalist Crystal Taliefero, who has been a veteran member of Billy Joel’s band since 1989. “I love Crystal. She is so sweet. She is like a big sister to me. Crystal is the best, and she is so funny. Crystal is such a talent,” he said.

For more information on Big Shot and their 2018 touring schedule, check out their official website.