On February 8, Coloma will be a part of “General Hospital Fantasy” event in West Palm Beach, and on the following day, February 9, he will be appearing in Orlando, Florida. “These are my first fan events, and I think they will be a good time,” he said. “It will be great to actually meet the fans in person since the fan-base of General Hospital is so passionate. I am really looking forward to it.”

In addition, on September 19, Coloma will be a part of the Sandy Rollman Ovarian Cancer Foundation benefit in Philadelphia, and on September 20, he will be at the “General Hospital Fantasy” event in New Jersey. “I can’t wait for these events as well. I am super excited and I love the East Coast in general,” he admitted. “The audience is so far-reaching. It’s great.”

To learn more about these upcoming “General Hospital Fantasy” events, where Coloma will be appearing, check out the Fantasy Events Inc. homepage by clicking here.

“I just appreciate the fans so much. There is such a symbiotic relationship where we live off of each other. They have been so supportive and I really appreciate them a lot. I really love being a part of the show and I love the whole process. I have been working extremely hard and it’s great that people are responding so well. I love the volume of work that you get to do in the daytime world and the turnaround is so fast. I am really enjoying it,” Coloma elaborated.

For Coloma, it has been exciting to take over the role of Nikolas Cassadine since the role has “such rich history.” “It’s an existing character and it’s so unique to be on a show that has been as long as General Hospital has been on. A lot of fans have told me that they have been watching the show since they were born. I’ve never experienced anything like that in anything I’ve done. It’s just generations that watch it and they share it together. It is a part of the fabric of their lives,” he said.

“I am a part of the cast, but I am also a fan of the show, which is so great,” he said. “The writers are so great in building these intense moments, where people are literally are so excited about what is going to happen. There was a cliffhanger a few weeks ago that was so fun. The response over the weekend was so good and the fans couldn’t wait to see what happened next. It was very fun to be a part of that. I am loving the role, as well as the writers, the cast and the crew.”

Coloma is drawn to his character, Nikolas Cassadine, since “he makes decisions and acts.” “There is such a power in that,” he explained. “Nikolas wants to really help his son. I feel he is very caring and he has such a big heart. I feel he is very driven by his heart. Also, he doesn’t really care about what other people think. I really love the character wholeheartedly.”

When asked how he handles being dialogue-heavy (where actors have to learn many pages of script) on the show, he said, “It’s easy because the story is so interesting. It is different than doing a commercial, where you have to give the facts of a product. The writing is so good and it’s so filled with heart and strong intention, so I find the memorizing easier, although it is hard work. It’s intense but it’s fun.”

Each day, he is motivated by the love that the gets from the fans. “The fans are huge,” he admitted. “They are so passionate and they are tuning in. I want to tell the story in a satisfying way. Also, the writers do such a good job of telling the story and that’s very inspiring. Our executive producer, Frank Valentini, is a huge motivator since he cares so much about the project, and that is so inspiring. The cast is so good and they motivate me as well. I am a really big fan of the actors on the show. Also, there are things where I connect with my character, Nikolas: the desire to be loved and understood by everybody and to make things right. There are a lot of characteristics of Nikolas that I am excited about exploring. As wild as the circumstances may be, there is a lot of truth in General Hospital.”

He also praised Emmy award-winning actress Cynthia Watros for her acting work on the show, who was recast as the new Nina Reeves. “I think Cynthia Watros is so incredible,” he said.

On being an actor in the digital age, he said, “It’s great. I try to watch the episodes live, but if I am working, I can record them or watch them online. You have several ways to catch the show if you’ve missed it. Back in the day, if you missed it, that was it. I feel like I’m a part of the digital age. There are so many opportunities these days, and the audiences have so many choices and it is so cool that General Hospital is just persisting. I love it.”

He acknowledged that there are many moments in his career that helped define him. “It feels like many lifetimes, where you are constantly reborn,” he said. “You are constantly learning that you have to create and you have to stay in this creative mode, focus on the positives and work hard. This career has been such a blessing and it has taught me the value of enjoying things, whether they are good or bad.”

Regarding the title of the current chapter of his life, Coloma said, “Happiness.” “Right now, things seem so good and it’s almost strange,” he said.

When asked which track and field sports he would do if he had the chance, he said, “I used to play sports and I was pretty good at football. I would probably do the sprints since they are about how fast you can get from point A to point B.”

Coloma defined the word success as “having a goal and overcoming the barriers and achieving that goal.” “That goal can be in anything,” he said.

To learn more about actor Marcus Coloma, follow him on Instagram and check out his IMDb page. 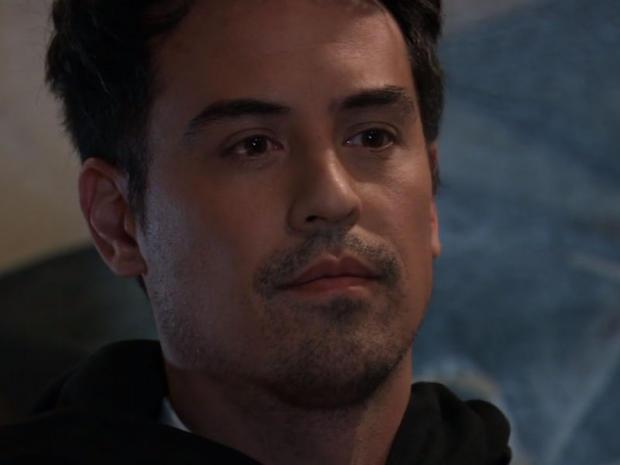