For the past two years, he has been playing the role of Chet Driscoll on the hit ABC daytime drama, General Hospital. He should not be confused with the co-head writer of the show who has the same name as him. “Playing Chet is awesome and hopefully, it will continue,” he said. “I’ve never been on a soap opera before this, so to be on there is really cool.”

He praised his General Hospital on-screen acting partner, Kirsten Storms, who plays Maxie Jones, for being an “awesome” person to work with.

When it comes to memorizing scripts for the show, he noted that when he attaches emotions behind the stories, it makes learning the lines easier to memorize.

This past December, Van Etten and several other General Hospital actors were a part of a shopping spree at the Glendale Disney Store for Toys for Tots. “The U.S. Marine Corps is in charge of that so to do this on the civilian side is really nice,” he said, prior to sharing that he is a big Star Wars and Darth Vader fan himself. 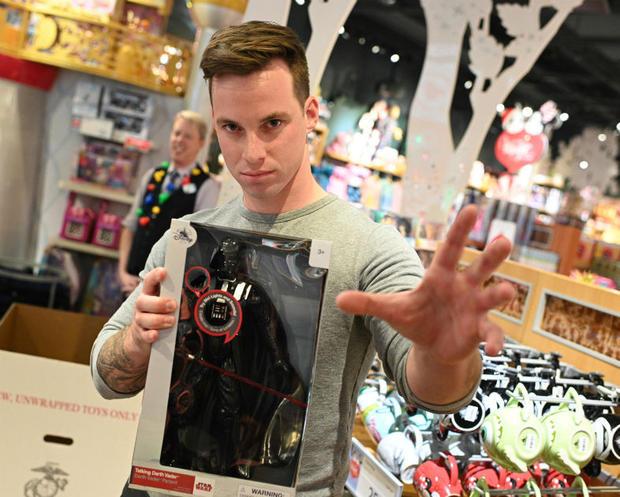 Three months after Van Etten was deployed to Afghanistan in 2012, he was injured in an I.E.D explosion that resulted in the loss of both of his legs. The short film Walk is about Van Etten’s brevity, courage, and his indomitable spirit in adverse times. He described this film as “cathartic.” “It was something different. I am very private about the things that I go through so to do Walk was very interesting. It was a cool project,” he said.

For other veterans that are dealing with PTSD, he said, “It is okay to be angry from time to time. If you try to sit back, remind yourself that you are still here and that people care about you. That is ultimately what keeps us going.”

“People need to find the power within themselves to keep pushing forward,” he added.

Each day, he is motivated by his fellow Martine, the late T.J. Baune, who was killed on the day that Van Etten was injured. “Even in my off days, I remember that I am here for a reason,” he said.

In his personal life, Van Etten and his wife, Samantha, are parents to a baby boy, Milo Taylor Van Etten, who was born in August of 2018. “It has been really fun. It has been one big blur. I can’t believe he is almost one-year-old. I love being a dad,” he said.

He also noted that his partnership with Jockey has been really good, and he has enjoyed working with them. “They are a great company and they have good morals. It has been very rewarding,” he said.

The best advice that he was ever given was the following: “You are who you choose to become.”

For his fans and supporters, he said, “Thank you for watching General Hospital. I hope I can continue to be on it. Stay tuned.”