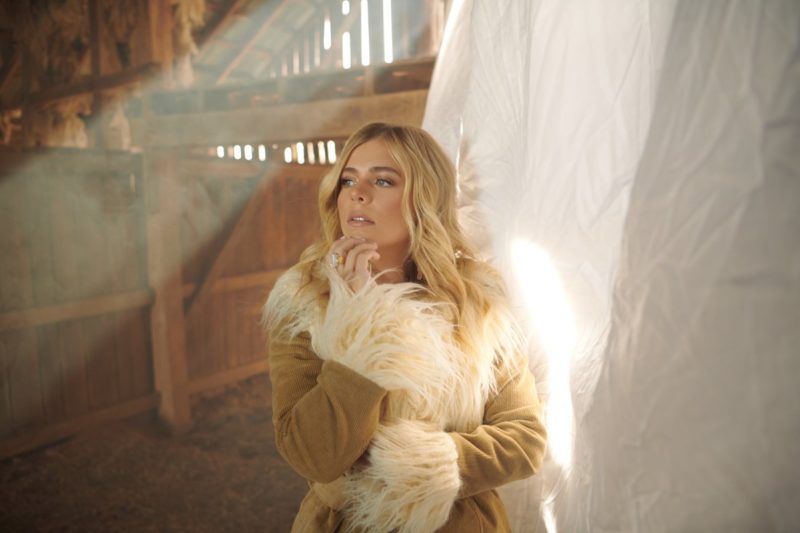 Capitol CMG recording artist, singer, and songwriter Anne Wilson chatted about her latest single “God Thing,” the success of “My Jesus,” and her future plans.

This high-energy track was co-written by Wilson, Ben Glover, and Jeff Sojka, and it explores the tiny “miracles” that happen every day to remind us that a higher power is there to guide us and provide for us in our times of need. “This song is really important,” she said.

“I remember getting into the writer’s room and I started talking about ideas for songs. I wanted to write a real country song that would reach the country audience. There are so many things in life that happen and we say ‘it’s a God thing’ and it’s true. God is always working even if we can’t see it yet. It is definitely the countriest song on the record,” she explained.

Wilson’s highly anticipated debut album, “My Jesus,” is available everywhere on April 22, which is available for pre-order on digital service providers by clicking here.

Commercial success of ‘My Jesus’ singles

“God Thing” follows her previous singles “Sunday Sermons,” “Hey Girl,” and her hit breakthrough single “My Jesus,” which was the longest-running No. 1 song on the Billboard Christian Airplay Chart of 2021 for a total of seven weeks; moreover, she earned her first Billboard Music Award nomination for “Top Christian Song” at this year’s award ceremony. “It has been a crazy year, where so many good things have happened. It was a whirlwind of a year,” she said. “It has been overwhelming in a good way, and it’s awesome.”

“To earn a Billboard nomination for this song is insane,” she exclaimed. “I saw that I am nominated alongside Kanye West, and I thought it was crazy, especially to be in a category with him. I am very honored to be nominated for that, I love Billboard. It means the absolute world to me.”

“It has been cool to see how many people resonate with my songs,” she added.

The song also made Wilson the first female artist to hit the top of the Billboard Christian Airplay chart with a debut song. Wilson’s songs have garnered the emerging artist over 140 million career streams, making her one of the most successful debut acts of 2021.

“Signing a record deal was really big for me,” she admitted about her career-defining moments. “It was a dream come true. Also, performing at the Grand Ole Opry twice was another huge moment for me. I’ve always loved the Grand Ole Opry since I grew up listening to country music.”

On being an artist in the digital age, Wilson said, “It is amazing. I think it’s really cool that social media reaches so many people. We have such an incredible outlet using social media to be able to reach millions of people. At the beginning of my artistry, I did TikTok videos and that’s how everything got started, and that’s exactly what happened when we released the music video for ‘My Jesus.’ It is a really cool thing to be able to have that tool.”

Fans are invited to join Wilson for a special “My Jesus” album launch Livestream Event (in partnership with KISWE), which takes place on April 27 at 7 p.m. CT. “It’s going to be so fun. I am so excited about the Livestream,” she said.

Wilson will be performing several songs from her new album, speaking about her album and the recording process, and answering fan questions live in the chat during the event. Tickets for the Livestream event are available by clicking here.

Speaking of the new CD, Wilson listed “Mamas” as her personal favorite tune on the forthcoming album, where she collaborates with Hillary Scott from Lady A. “It’s one of my favorite songs and I wrote it about my mom,” she said. “I also wrote ‘Mamas’ for all the other moms out there. It’s going to be a really special Mother’s Day song this year. I am really honored that Hillary Scott from Lady A is featured on this song and we have a massive music video coming out in May, which is going to be beautiful.”

“The heart behind the record and the title of the record is ‘My Jesus’ and everything kind of flows from that,” she said. “I went through so much grief losing my brother, Jacob, in a car accident so I wanted to write songs that speak to people in all walks of life.”

“I want to write real, vulnerable songs that connect with people, and that’s why so many of the songs have connected because they have been written from real places in my life,” she added.

She is out on the road touring with Zach Williams and will also join the “My People Tour” with Crowder, We The Kingdom, and Patrick Mayberry this summer. She also performed at the Grand Ole Opry for the second time on April 16. “Touring with Zach is awesome, he is such a great guy,” she said.

Singer-songwriter Anne Wilson knows the healing power of music firsthand. The lyrics of Hillsong Worship’s “What A Beautiful Name” became a lifeline for the Lexington, Kentucky native after her brother was tragically killed in a car accident at the age of 23.

Although she spent much of her childhood behind a piano, Wilson sang in front of an audience for the first time at her brother’s funeral. It was at that moment that she realized what she was born to do. A video of her moving performance organically circulated, eventually landing her a record deal.

With a powerful voice and a visible hunger for Jesus, the 20-year-old relies on personal journal entries and time spent in nature for songwriting inspiration.

Wilson’s introductory track, “My Jesus” is a warm invitation to experience her Savior in the same intimate way she knows Him. She released a debut three-track single—also titled My Jesus—for Capitol Christian Music Group in early 2021 and followed it up with a live EP, My Jesus (Live in Nashville).

Her song “My Jesus” charted on the Spotify Viral 50, and Rolling Stone Top 25 Trending charts. Her story was also featured in the Religion News Service and The Washington Post.

Wilson made her Grand Ole Opry debut on the iconic stage back in September of 2021. She was featured in Billboard Magazine as the October 2021 Chart Breaker artist.

For young and aspiring artists, Wilson said, “Work really hard at what you want to do, stay true to yourself, and don’t let anyone change you. Make sure that you are staying true to yourself and who you are as an artist. Never give up and don’t lose hope for anything.”

On the title of the current chapter of her life, Wilson responded, “Crazy Busy.” “There is so much happening right now, but it’s all in a good way,” she said.

If she were to have any superpower, Wilson revealed that it would be to “fly” so that she can get to places faster. “It would be so cool to be able to fly,” she said.

When asked what her alternate career choice would be, she responded, “I would be an astronaut, I’ve always loved space and I would love to work for NASA.”

Wilson defined the word success as “doing what God has called me to do and seeking after Him first.” “I’m just following God’s lead and staying on the right path,” she said.

For her fans, Wilson concludes about her new music, “I hope these songs help heal people and help them get through suffering and loss. Music has a massive impact on everyone no matter what genre you listen to. Music is one of the most important things. I just pray that these songs touch people and impact them, and they reach a part of their soul that has never been reached before.”