On writing and starring in The Great Artist, he said, “It was probably my favorite creative experience of my life. To act in a film like this is a dream come true. It truly was a team effort, the story would not be what it is without the talent of the other actors; Rain Valdez, Marimar Vega, Benjamin Patterson, Julia Black, and Dezmond Meeks. Everyone brought their ‘A’ game.”

“I, alongside my production partner at Purpose Co, Sunny Vachher, wrote about a subject that is very close to both of our lives. To be able to talk about a topic that is so important, mental health, is a dream,” he said.

“We did feel the pressure to portray the story in the correct light, Which Is why we had over 70 different drafts. Every time we did a new draft it was compiled of new research and information from our consulting doctor professional and charities,” he added.

The Great Artist has been generating Oscar buzz, and rightfully so. “It feels amazing, to be considered is a true honor. It’s very humbling to be honest, and daunting,” he admitted.

On his daily motivations as an actor, filmmaker, storyteller, he noted that he is drawn to “real stories.” “Brave individuals. I want to know about the people in history who defined social norms to push barriers. They inspire me,” he said.

“I’m currently writing another two features,” he said. “As someone who is dyslexic, I never thought my life would involve writing. But here we are. And I love it. For me a greatly written story is about the complexity of its world. Even if it doesn’t look like it on the surface. That’s what I truly care about.”

On being an artist in the digital age, he remarked, “It’s great, It’s exciting! A Lot more people have access to film and the ability to create than have ever before. I was around before social media and before streaming services, so although I’m a person who you would think grew up with it. It’s still a world that I don’t completely understand.”

For young and aspiring artists and filmmakers, he encouraged them to “be brave.” “Find a good group of people who have the same mission as you. Who you can support and who will support you. We can’t do much in the world on our own when It comes to making impactful films, but together we can make real change,” he said.

Regarding his career-defining moments, he responded, “Peaky Blinders was definitely a moment that defined my acting style. In particular observing Helen McCrory and Cillian Murphy. It was a master class in acting for me. I learned a lot from working with them. Callum Blue has also been a big influence on my life and career. As one of my dearest friends and supporters, he taught me a lot about the depth of character.”

He continued, “I now obsess over the characters that I portray, so much so that even though I wrote The Great Artist for a whole year, I questioned two weeks outside of shooting if I fully understood the character. I want to fully immerse myself and study a character for a year or two before I film, That would be my ideal (though not realistic) setup. My ideal carrier is that of Daniel Day-Lewis.”

On his definition of the word success, he said, “That is a very complex question. In its simplest form, It’s happiness from within. When I started back in the industry, like many others, I seeked validation, That I was talented enough to act. I’ve never wanted influence for the sake of others, I wanted validation for the sake of myself.”

“What I have realized over my life is that I want to act and perform to the best possible standard that I can for myself. I love what I do. I adore acting. I have never really wanted to do anything else in my life other than creating. And I feel so fortunate that I’m in a position where I can. Leaning into who I truly am and finding my purpose, Is what true success means,” he elaborated.

Postlethwaite remarked about The Great Artist, “I am excited for everyone to see it. When you get a chance to watch it with an open heart and mind. We touch upon some pretty intense and divisive topics. The taboo that is so often associated with mental health is the reason we created this film. We see an artist who on the surface looks like he has it all, but in reality, he wants the same connections that we all desire. The Great Artist is also about suicide prevention.”

“The three words that the film ends with (you’ll have to watch it to know what they are) are the perfect thing to say to a friend, family member or professional if you need support. I am so delighted when I meet people who speak so honestly about their mental health. To me, that’s the definition of being brave,” he concluded.

To learn more about actor and filmmaker Matthew Postlethwaite, check out his IMDb page and follow him on Instagram. 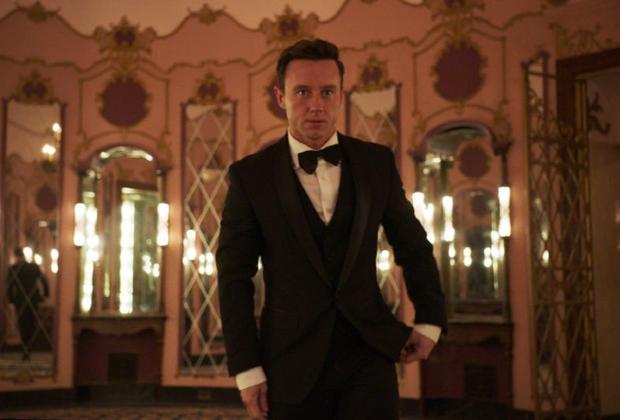