This show is part of a benefit concert for the Garden of Dreams Foundation, where all of the net proceeds go directly to the Garden of Dreams, a non-profit charity that works with the Madison Square Garden Company to help children that are facing obstacles, and subsequently make their dreams come true. “It’s pretty great. I have been friends with the guys at O.A.R. for a long time. I was thrilled when they asked me to do this,” he said.

Nathanson continued, “People can really look forward to some singalongs, and togetherness experiences. It’s a special night for a special cause. It is going to be great! It is going to be an event that will never happen again. We all get together to do something for an incredible cause, since it helps kids, which are the future. Children are the beauty of humanity!”

He dubbed the iconic Beacon Theatre as his “favorite venue in New York.” “It’s an incredible theater, where you feel super-connected to everybody in the audience. I am looking forward to it,” he said. “New York has a large number of magical venues, but the Beacon is pretty awesome! I am a huge fan of the Beacon.” 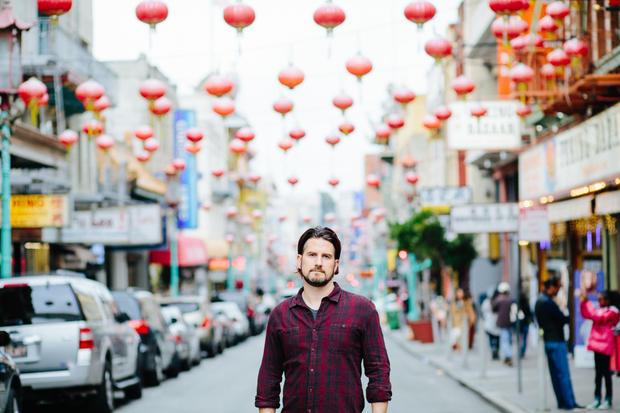 Nathanson revealed that he has a new record coming out soon, and he will be a special guest on a tour with O.A.R. “That is going to be fun,” he said. “I’ve spent the last year and a half writing songs, and really working on a record. Starting on the spring, things will get rolling. I am psyched about the new songs.”

He defined the word success as follows: “Being satisfied inside myself, without having to get external validation. “Feel proud and passionately in love with something inside of you, without people telling you how great it is,” he said.

On the impact of technology in the music business, Nathanson said, “As a listener, first and foremost, I’m a music nerd. For me, technology totally rules. The fact that you can have all the songs you want streaming on your phone, at any time, as a listener, it rules. Technology is shaking up the foundation of the music industry. For me, it has been a win as a listener. I listen to more music now than I ever have, since it is so accessible.”

To learn more about the Garden of Dreams Foundation, check out its official website.

For more information on Matt Nathanson and his touring schedule, check out his homepage.

In this article:beacon theatre, concert for dreams, matt nathanson