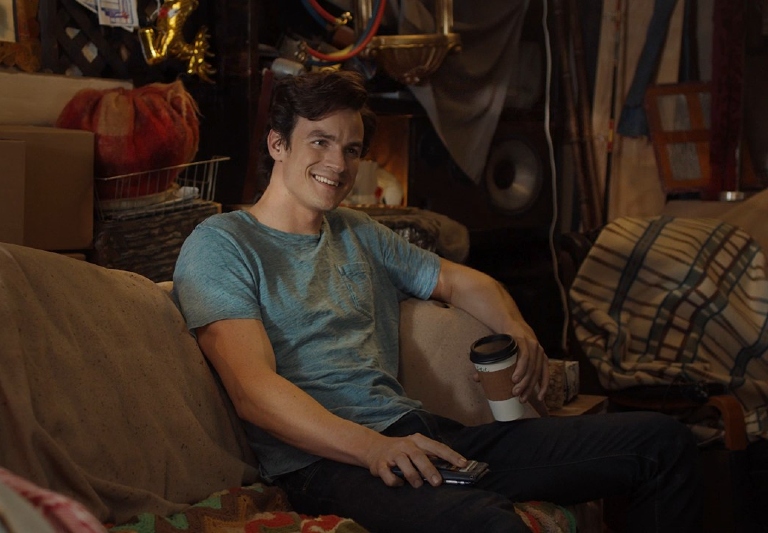 “It was an amazing experience,” he admitted. “We filmed it a long time ago in one location over a period of a couple of months. I loved being the comedic relief, this film called for it and it was a pleasure to play that.”

In this movie, an agoraphobic young man (Henry), living with a Youtuber and struggling actor Eric (played by Luke Cook), hacks the webcams of young women and suspects that one of them is a serial killer. “Cover up your webcams,” he told his fans about this film. “Be on your guard.”

On his daily motivations as an actor, he said, “Being able to express something, express fun and use my endless energy for good and fun. I like to use my creative energy for good, that’s what motivates me.”

He is known for his portrayal of Lucifer, the “Dark Lord,” in the hit Netflix show “Chilling Adventures of Sabrina.” “That was great,” he said. “It has been one of my favorite things to ever do. I pray that I somehow get to do it again.”

Cook had great words about photographer Brad Everett Young and his Dream Loud campaign, which helps preserve arts and education programs in schools. “Brad is a legend,” he said. “Brad is a great photographer, he’s amazing. He has been my friend for over 10 years. He’s a great guy and he is so good at networking.”

For young and aspiring actors, he encouraged them to “go to acting school and work your a** off and be ready to it for many years.” “Do it because you love it and not because you want to be famous. If you love it, you will be really great to watch, and it will be obvious to you that it’s fun,” he said.

On being an actor in the digital age, he said, “It’s good because there are so many opportunities for work. There are opportunities opening up for new talent and if you have a lot of creative energy, like me, there is nothing holding you back.”

In his personal life, Cook is a father to a new baby boy and he shared that he “loves being a dad.”

He listed Jm Carrey, Will Farrell, Daniel Craig, Ray Winstone, and Rachel Weisz as his dream acting partners in life.

On the title of the current chapter of his life, he said, “Daddy.” “There is a double meaning to that: making moves, hustling, making money, getting work, and pushing life upwards,” he said.

Cook defined the word success as “fulfillment of all of our creative desires that you have.”

In this article:Actor, Australian, eye without a face, Luke Cook