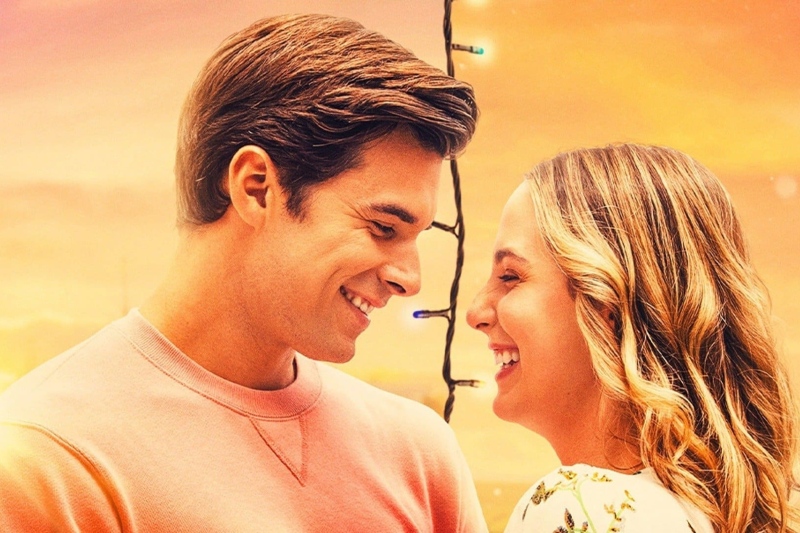 Actors Lauren and Josh Swickard (“General Hospital”) chatted with Digital Journal’s Markos Papadatos about the film “A California Christmas 2: City Lights,” which was directed by Shaun Paul Piccinino. Lauren wrote the screenplay for the movie.

“It was such a wonderful experience doing this sequel,” Lauren said. “It was so unexpected since I didn’t know if we were going to get the green light for a sequel after the third movie. When I was writing the movie, I was picturing all of the locations in my head, and all of the characters were established. It was so fun and such a different experience from the first film since everything was already created and it was fun to dive back in.”

The synopsis of “A California Christmas 2: City Lights” is as follows: A year after their romance took root, Callie (Lauren Swickard) and Joseph (Josh Swickard) are leaving the ranch for the family business in San Francisco — with wedding bells on the horizon.

On working with director Shaun Paul Piccinino, Lauren and Josh said, “Shaun is like family to us, he is like a brother to us. We couldn’t imagine a better director to make movies with. We would like to work with him forever.”

Aside from Lauren and Josh Swickard, the cast of this film includes Ali Afshar, David Del Rio, Laura James, Raquel Dominguez, Amanda Detmer, Natalia Mann, and Noah James, among others.

She had great words about working with Amanda Detmer, Laura James, and the entire cast. “I love Amanda. With the exception of Josh, I have never experienced the chemistry that I have with Amanda. We are close friends and I am super proud of her, she is doing a play right now,” Lauren said.

“Laura James was such a great new addition to the ‘California Christmas’ world. She plays a villain onscreen but she is the opposite in person. Laura is one of the nicest girls I’ve ever met and she is so fun. Anytime Laura walks in a room, the energy goes up exponentially, and she just makes the whole day fun,” Lauren said.

As Digital Journal reported, “A California Christmas 2” was a commercial success. It logged 22.8 million viewing hours in the first week, and it has reached the Top 10 list in over 73 countries around the world. It was also the No. 1 holiday film on Netflix.

On the title of the current chapter of her life, Lauren said, “Positive Change.” “Change is inevitable, and that’s the theme of ‘A California Christmas 2’,” she explained.

Lauren defined the word success as “being able to do what you love and have your passion as your career, which pays your bills.” “Success is ultimately doing what you love, and working hard at it, and being happy with the process,” Lauren added.

For their fans and supporters, Josh concluded about the film, “The message of the movie is about forgiveness and that change is inevitable. It’s an hour and a half of laughing, and perhaps a couple of ‘awes’. It is a nice escape from the real world.”

“Forgiveness is a superpower,” Lauren added with a sweet laugh.

For more information on the upcoming Netflix film “A California Christmas 2: City Lights,” check out the official Netflix website.